Graceful, spiritual,
with the gentleness of arabesques
our life is similar
to the existence of fairies
that spin in soft cadence
around nothingness
to which we sacrifice
the here and now 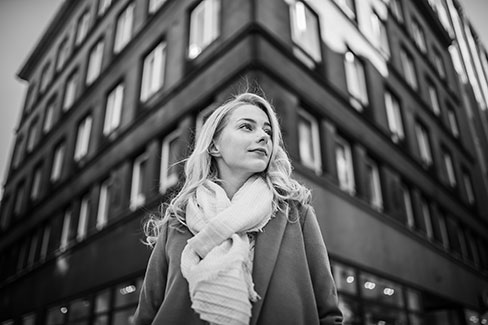 Hans Christian Aavik (1998) is one of the most promising violinist from Estonia, who with his versatile style and clearly distinguishable sound has excelled in Estonia and in Europe. Latest achievements in 2021/20 include the 1st prize in the soloist category at the “Cadenza contest”, 1st prize at the 3rd Làszlò Spezzaferri International Music Competition, 1st prize and 4 (!) special prizes at the Estonian String Players Competition 2020, laureate and a special prize at the Polytechnische Gesellschaft Frankfurt am Main Chamber Music Competition…
„Violin in his hands sings, cries, dances, storms, grieves, fondles and cares. From Aavik’s playing one can see mental and physical completeness. Behind the spark, excitement and philosophically thought out interpretation, lies there a curious and open mind, thankfulness and respect to the composer and to the listener”. (Sirp, Nov 2020)
Hans Christian Aavik performs on a Giovanni Paolo Maggini violin (ca 1610), the instrument’s owner is Sapožnin family. Hans Christian Aavik is from 2021 a scholarship holder of the Deutschlandstipendium. Hans Christian Aavik is from 2019 supported by Yehudi Menuhin Live Music Now Frankfurt am Main e.V.

Glasperlenspiel Sinfonietta (concertmaster Arvo Leibur) was born within the festival in 2008. The repertoire of the collective spans from Bach to Pärt and Piazzolla, from classical masterpieces to cross-over projects. Sinfonietta has performed in the most famous concert venues of the world and given concerts almost everywhere in Europe, South America, Russia, Iran and other countries. The orchestra has also participated in numerous international and domestic music festivals. The Sinfonietta members share a common belief that centuries’ old music still lives and breathes today, bringing joy and pleasure to the audience, and can invigorate souls and minds regardless of style. 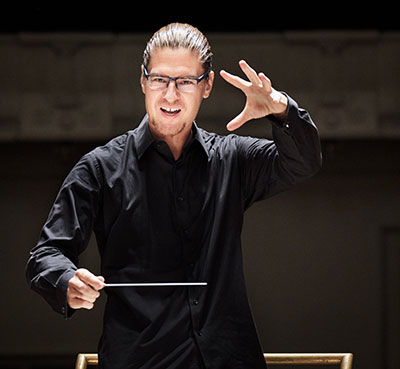 Conductor Andres Kaljuste is described by maestro Paavo Järvi as “blessed with trademark instinctive musicianship, a sensitive approach to sound and an ability to form an easy and natural bond with orchestral musicians”. Ever since graduating from the Sibelius Academy’s orchestral conducting class, Kaljuste has appeared as a guest conductor with the Helsinki Philharmonic, Lahti Sinfonia, Tampere Symphony Orchestra, Estonian National Opera, Tallinn Chamber Orchestra, Ostrobothnian Chamber Orchestra, Odense Symphony Orchestra and Aalborg Symphony Orhestra among others. Before taking up orchestral conducting studies at the Sibelius Academy, Kaljuste trained as a violinist and violist, gaining valuable experience as a player in top orchestras in London, Berlin and most recently as a guest principal viola of the Helsinki Philharmonic.

Immediately after the concert (around 8.45–9.30 pm), the 10 acrylic live-paintings from the exhibition titled GLASS BEAD REMIX by Tarrvi Laamann measuring approximately 100 × 100 cm will be auctioned.