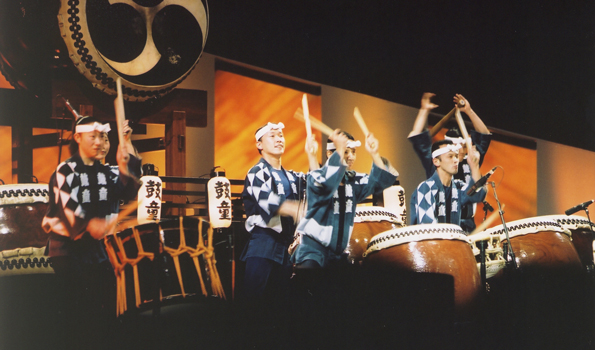 The spectacular taiko-drumming experience, which showcases ancient Japanese traditions, will take place in Nordea Concert Hall on March 22nd. Kodō’s new show Evolution is embarking on a world tour and is the most spectacular and expensive drum performance ever staged.
The Kodō show involves an impressive production of dozens of drums and other instruments of different sizes through music, dance and costumes. On stage, you can see and hear the “king” of drums − ō-daiko, which is about two metres in diameter. The style expresses the height of the Japanese tradition of storytelling.
Kodō’s Evolution tour is inspired by the theme of everlasting creation, and the best compositions from the troupe’s 35-year history are represented. The 11 parts of the production require the highest level of synchronism and rhythm from the performers.
The performance coming to Estonia is the troupe’s most expensive performance to date. The troupe is preparing for a tour on Sado Island, Japan, where the home and roots of Kodō (鼓童) are located. Since the debut of Kodō in Berlin in 1981, the troupe has performed over 3,800 times across the world. 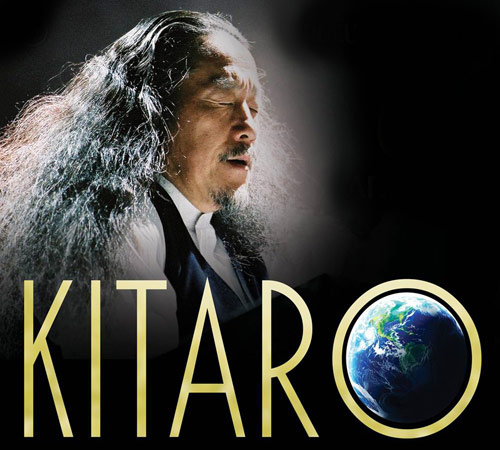 Winner of Grammy and Golden Globe, one of the most important icons of synthesizer and modern spiritual music Kitarō (喜多郎) will perform at the Nordea Concert House on April 9th, 2018. His new and colourful concert programme Kojiki and the Universe will be presented by Orient Festival. Obviously, Kitarō is not alone on the stage, a number of musicians and technical staff will participate in the grand show.
During the 1980s and 1990s Kitarō created a new trend in the world music uniting electronics and Japanese traditional instrumental music on a new level. Only a couple of other artists share the pedestal with Kitarō in that sphere and these are Jean-Michel Jarre and Vangelis.
Kitarō has had an incredible number of Grammy nominations − 16. He has released 24 albums and had 34 international concert tours with various programmes. The artist has sold about 20 million records and been innumerable times in the top of Billboard charts.
Kitarō (‘the man of love and joy’ in Japanese) was born in a small Japanese town and started playing the guitar, percussions and synthesizer in his youth. In the 1970s he experimented with prog rock in Tokyo and began his solo career in 1977. His name first came into the limelight in 1980 in connection with a Japanese historical TV doc speaking about the Great Silk Road, Kitarō being the composer of the sound track. In the middle of the 1980s Kitaro recorded his first big albums that defined his unique style in music. US reviews placed him into the category of New Age granting him the iconic position which he holds until today.
In 1993 Kitarō won a Golden Globe for the best original music to the film Heaven & Earth and in 1999 he was awarded a Grammy for the album Thinking of You. Kitarō has composed music for several grand performances like Impression West Lake in China and has had close collaboration with the Yes and Megadeath. His newest album Sacred Journey of Ku-Kai Vol 5 was released this year.

Kojiki and the Universe: it is basically a mythology of Japan and a history of Universe told by means of music, dance and outstanding photography taken in cosmic space.