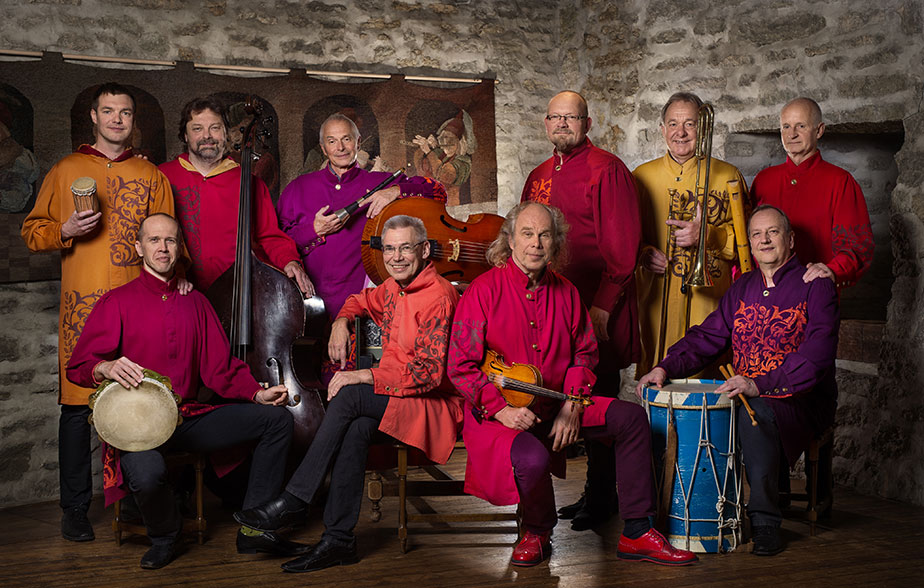 It is extremely difficult to draw a line between traditional music and early music. Both of them have similar melodies, intonations and they sound alike, additionally even the instruments are similar. It is often quite impossible to differentiate between them. This may be one of the reasons why early music, traditional music and oriental music have become widely popular and their performers so professional in the last fifty years. All of them enchant us with their centuries-old values that for a long time people didn’t appreciate, but now suddenly feel joy in rediscovering them. Music such as this is characterized by ancient spirituality and religiosity − qualities that many people miss nowadays.
Medieval music often surprises us with its oriental sounds. The East was a greater influence to Europe in the Middle Ages than it is often realised. The Moors ruled the Iberian peninsula for almost 800 years. The East and the South influenced our culture, including music, through Spain and the crusades. The lute, bow and several oriental percussion instruments made their way to Europe and that is why the music of the southern cultures sounds so natural on ancient instruments.
Christians, Muslims and Jews have been living side by side in the Mediterranean countries, as if creating an enormous mosaic of different peoples and cultures, traditions and beliefs. Unfortunately, history tells us a lot of painful stories, where the destructive darker side of man has been ruling over love. However, different cultures and religions still have one thing in common − they all praise the Almighty with the help of music. Music itself is a gift from above, it is our ability to create order from chaos with our voices and instruments, to influence others and be influenced. Music is a universal language and its different dialects can delight anyone with an open mind. So, let it elate us, let it help us rise above our differences and look lovingly at everything created.