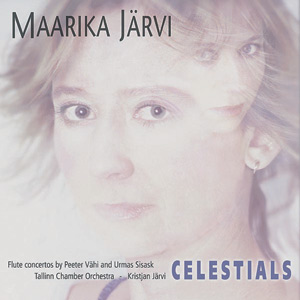 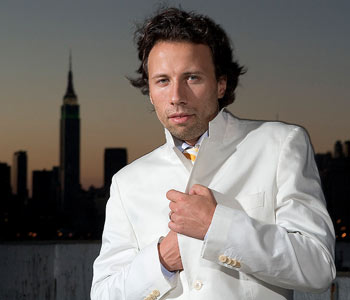 Kristjan Järvi (b 1972, Tallinn, Estonia) is chief conductor of the Vienna Tonkünstler Orchestra. As a child he moved with his family to New York, where he studied piano and conducting at the Manhattan School of Music. He attended master classes in piano taught by Tatiana Nikolajeva in Salzburg. In New York in 1993, Kristjan Järvi founded the Absolute Ensemble, which today is one of the world’s leading chamber ensembles. CD recordings with Järvi and Absolute Ensemble have been nominated for a Grammy Award and won the German Record Critics’ Prize. As musical director of Absolute Ensemble, Järvi plays repertoire ranging from the 16th to the 21st century, from Baroque to rock. He is an avid explorer and advocate of contemporary music and has conducted the premières of numerous works by such conductors as  Daniel Schnyder, Erkki-Sven Tüür, Charles Coleman, and Peeter Vähi. From 1998 to 2000 Kristjan Järvi was assistant conductor of the Los Angeles Philharmonic and conducted a sensational debut with this orchestra in the Hollywood Bowl. Since the 2000-01 season, he has been Principal Conductor of the Norrlands Operan and Symphony Orchestra in Sweden. He appears world-wide as a guest conductor of such fine symphony orchestras as the Hallé Orchestra of Manchester, the BBC Philharmonic Orchestra, the Budapest Festival Orchestra, the Bamberg Symphony Orchestra, the WDR Symphony Orchestra of Cologne, the Radio Symphony Orchestras of Berlin and Frankfurt, the Stuttgart Philharmonic, the Royal Stockholm Philharmonic Orchestra, the RAI National Symphony Orchestra of Italy, the Adelaide Symphony and the Japan Philharmonic Orchestra. 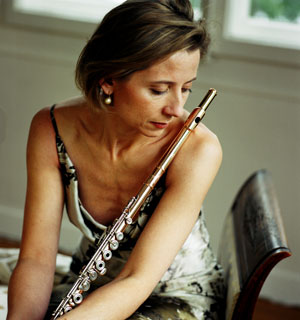 Maarika Järvi began her musical studies at the Tallinn School of Music and at the Boston and New England Conservatory of Music. She graduated with a Master of music degree from the Carnegie Mellon University where she was a student of Julius Baker as well as his teaching assistant. She has attended Master Classes with the distinguished professionals of their field such as Walfrid Kujala, Julius Baker, Donald Peck, Jeffrey Khaner, Jeanne Baxtresser, Michel Debost and William Bennett. She has been a prize-winner in a number of competitions in Boston, Toronto, New York.
As a soloist Maarika Järvi has been invited to play with various orchestras such as the Japan Philharmonic Orchestra, Detroit Symphony Orchestra, Radio-Television Symphony Orchestra of Spain, Gothenburg Symphony in Sweden, Lyra Borealis Chamber Orchestra in Toronto, Presidential Symphony Orchestra in Turkey, Orquesta Sinfónica de Galicia, Orquesta Sinfónica del Principado de Asturias, Camerata “Arión” in Spain, Pärnu City Orchestra in Estonia, English Chamber Orchestra, and Orquestra Simfònica de Barcelona. Her work as a recitalist and chamber musician (Duo Martinika) has taken her to many countries of North America and Europe. She has recorded for the Spanish, Swedish and Estonian radios, with the Absolute Ensemble in New York, Radio Television Orchestra of Spain, a CD Méditations, Celestials, as well as for other labels like ASV, RTVE. She has premièred numerous compositions, and released the 2 solo albums, which includes two new concertos specially written for her.

Tallinn Chamber Orchestra was founded in 1993. The conductor Tõnu Kaljuste has bounded the widely well-known Estonian Philharmonic Chamber Choir with TCO’s activities. The members of the orchestra are all outstanding musicians, who often perform as soloists and are invited to perform with various other orchestras and ensembles.
TCO has performed in many prestigious music festivals: Bach Cantatas Festival in Milan, Bremen Music Festival, Huddersfield Festival of Contemporary Music, Glasperlenspiel, etc. Concert tours have taken the orchestra and the choir to Canada, the USA, Japan and to many European countries.
The orchestra’s instrumental programs have been prepared mainly together with guest conductors including Richard Tognetti, Terje Tonnesen, Patrick Strub, Valentin Zhuk, Silvio Barbato, Samuel Wong, Olari Elts and Paul Mägi. In 1995–96 the artistic director and chief conductor of the orchestra was Juha Kangas, from 1996–97 to 2000-01 it has been Tõnu Kaljuste, the present artistic director is Eri Klas.
In 1993, TCO and Estonian Philharmonic Chamber Choir recorded the CD Te Deum. For a year, this record has been on the world’s Top Ten list and has gained exalting appraisals from the critics. Crystallisatio by Erkki-Sven Tüür and Litany by Arvo Pärt were released by ECM in 1996, and another record by ECM Neenia released in 2001 is music for strings by Heino Eller.

Urmas Sisask, a composer and amateur astronomer, was born in Rapla, Estonia, in 1960. He has studied composition with René Eespere in the Estonian Academy of Music. His main activities, besides composing serious music, include astronomic observations and numerous concert lectures in the Musical Planetarium in his native village of Jäneda. Urmas Sisask’s interest in shamanic activities was deepened during the so-called singing revolution, and he feels that rituals represent one of the most important forces that help us carry on. As a conductor, he has written for piano, ensembles, orchestras and choirs. Urmas Sisask has composed the music for several films, notably for Rein Maran’s nature documentaries, as well as for theatrical pieces. The central idea that permeates his works is the theme of the starry sky.
Meteor currents are caused by comets. When the solid nucleus of a meteor moves through the solar system, bigger and smaller particles detach themselves from it. The smaller particles are quickly blown away from the nucleus whereas the bigger ones follow its course, thus forming the current of particles. “Meteor current is like an invisible river the position of which to some extent is indicated by boatlight (comet) sailing along that river”, says Mihkel Jõeveer in his article Leonids can appear in the form of a shower of meteors (Tartu Observatory Calendar 2000).
Urmas Sisask: “Every year in November the Earth approaches the trajectory of Temple-Tuttle comet discovered in 1895. Thus it is possible to have in the average of ten wishes per minute from the 14th to the 21st of November every year (Leonids – a meteor current from the direction of Leo constellation). Due to the fact that Temple-Tuttle comet’s period of rotation is 33 years, the comet approaches the orbit of the Earth in every 33 years, the Leonids may appear in the form of a powerful shower of meteors. In the early morning of November 18, 1999, I together with about a hundred astronomy fans had the extreme luck, after having discarded the clouds with the help of a shaman drum, to observe gorgeous “fireworks” (approximately 500 wishes per hour!). One moment the total of seven meteors erupted from Leo constellation. One of them seemed to have the size of full moon. It looked like lightning without thunder.”
The current work of music is namely inspired by the observation of the last described phenomenon. At the beginning of the piece the background harmony of the string orchestra characterises the structure of Leo constellation, the dynamic scale is in accordance with the seeming brightness of Leo stars. The musical pattern, glissandos, the canonized scale and dynamics express the behaviour of meteors in the sky. The repetitions of the rhythm and sound image in bass amplify the shamanistic magic of the unique celestial phenomenon. The soloist embodies an observer fascinated by the celestial show. The principal theme for the soloist in its turn is inspired by Lepo Sumera’s famous piano work Piece from the Year 1981. Thus the work is written in memoriam Lepo Sumera.

Maarika Järvi has recorded two excellent recent flute concertos by young composers that ought, I think, to attain cult status. I was completely unfamiliar with the work of Peeter Vähi, but his Chant of the Celestial Lake is a quite captivating work. While in many respects it connects with the gentle undulations of other Estonian conductors such as Vasks and, not least, Pärt, it has an internal variety that gives it a character of its own. The gentle undulations are certainly there, most obviously in the third movement, Adagio, but the strange, almost middle-Eastern-sounding dance (presumably reflecting the work’s inspiration in ‘Asian legends’, as the minimal insert note tells us) that precedes it, and the slower, still Asiatic fourth movement, place it firmly in a particular narrative context which differentiates it utterly from Erkki-Sven Tüür, let alone Pärt. I’m not sure if the fifth and final movement really ends the work entirely satisfactorily in its ‘fizzling out’ – one longs for the work to step outside of itself in a far more dramatic fashion after what has gone before – but there is no doubt that it is as a whole a very fine piece indeed. Urmas Sisask, though younger, is somewhat better known outside Estonia. His concerto, whose title is of astronomical origin, was written in honour of the late Lepo Sumera, another great Estonian original, and builds its material from one of Sumera’s piano works. The notes refer to the ‘shamanistic magic’ of the piece, and that is not far from the truth; there is a captivating intentional transparency and naļveté about parts of the music and its depiction of celestial events which impress greatly in combination with its powerful rhythmic drive. Both works are beautifully played, with absolutely breathtaking sound, by Maarika Järvi, and accompanied to perfection by the Tallinn Chamber Orchestra under her brother Kristjan. To cap it all, the recorded sound is superb – a wonderful disc. (Ivan Moody, International Record Review)

Believe me, I’ve tried to be positive about this. It is just possible that one day somebody will come up with a convenient lable – like “neo-naivety”” – and it will all make sense. I have to concede that Maarika Järvi is an excellent flautist, with a pleasing tonal range, full command of a wide range of colouristic devices, and a general liveliness which does the music no harm at all. But without her I’m not sure that I’d have been able to listen to the end. Peeter Vähi’s insipid cod-orientalism – overlaid with a whole gallery of soft-modernist sound effects (singing into the flute while playing, tapping the body of the cello, etc) – tries the patience most of all. Urmas Sisask’s Leonides is at least more single-minded, concentrating exhaustively on a much smaller range of motifs and devices, but it rarely rises above the pleasantly picturesque. All this on a disc which promises “a glance of invisible worlds blinking in musical imagery”. Yes, there are times when it is “the gift to be simple”, but surely that doesn’t mean you have to rule out subtlety and ingenuity? (Stephen Johnson, BBC Music Magazine, 2001, UK)

Cool on the heels of that CD comes Celestials, another disc of flute concertos from Ms Järvi, brother Kristjan and the Tallinn Chamber Orchestra. It opens with five-movement Chant Of The Celestial Lake for flute and strings by Peeter Vähi, whose Buddhist beliefs are reflected in his orientalist music. For much of its length the flute rhapsodizes rag-like over gently chugging strings, spinning melodic lines that bear the stamp of Indian improvisation. (Mark Doran, Cambridge University Press, 2004, UK)