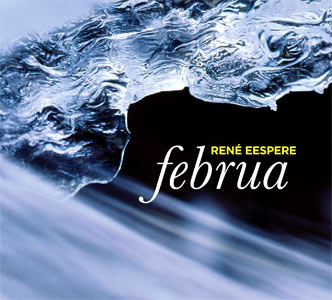 It is as if the motives left open in the music of René Eespere beg the question: who am I in the midst of this mortal world? And this is his way to uncompromisingly represent the ethical art of the past. 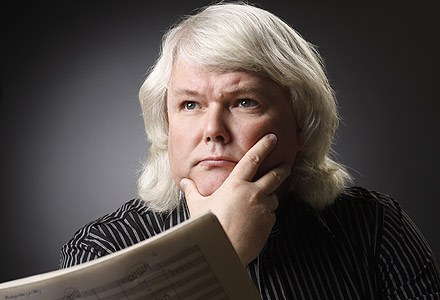 It is as if the motives left open in the music of René Eespere (1953) beg the question: who am I in the midst of this mortal world? And this is his way to uncompromisingly represent the ethical art of the past.
René Eespere gained recognition in his native Estonia in the 1970s and 1980s for his vocal-symphonic opuses, works for the stage and his music for children.  The music composed in this period is characterised by deep research into human values. His later works, including his opera Gourmets (2005), draw attention to the more painful aspects of the human existence.The most significant among his instrumental works are seven concerti and chamber music.
The music of René Eespere has always had a clearly defined texture. Over time, its aesthetics have changed, from diatonic minimalism and baroque influences to the use of chromatic and linear voice-leading techniques, and a more conscientious treatment of timbre.
This is the eighth commercially released compact disc of René Eespere’s music, featuring chamber works written in the years 2002–2009. It is entitled Februa, alluding to the Roman festival of purification, which is marked also by the contents of the CD, in which sadness and a state of mourning take the listener on a journey to a sun-filled place of beauty and peace.
Tres in unum (2004) for flute, violin and guitar, is a melancholy trialogue. The musical leitmotif of the cross, weaved into the texture of the piece, forms links with Christian mythology.
Epigram II (2002) for baritone and piano, is composed on a tenth-century text from the Codex Vossianus.  The piece is a reflection of man’s lust for hope and the deceptive nature of this desire.
Immutatio (Lat ‘mutation’, 2004) for guitar, begins with a rushing Allegro which fades into a slow Adagio . The piece is dedicated to the American guitarist Hermann Hudde.
Februarium (2004) for two cellos and piano, is a painful surge of emotion caused by questions that have no answer. This is followed by an inner reconciliatory process. The title makes reference to Februa, the Roman festival of purification.
Ambitus (Lat ‘exterior border, periphery’, 2002) for six instruments (flute, harp, celesta, violin, viola and cello) creates an erratic atmosphere with its secretive timbres and the constant repetition of a desperate-sounding phrase, which can be thought to represent anxiety, bordering on the limits of human cognition . The work is dedicated to the Estonian NYYD Ensemble.
Ludus tactus (2008) for solo piano grows from an unpretentious play on music into a dramatic inner discussion. The piece is dedicated to an Estonian pianist Ralf Taal.
Flatus III (Lat flatus – ‘blowing, breathing’, 2004) for woodwind quintet (flute, oboe, clarinet, bassoon and french horn) carries an element of grotesque  through seven playful variations.
Epigram VI (2004) for soprano, flute and guitarr is based on a text by the Roman poet Ovidius. It encourages to live one’s life in haste, because time is ticking and the body is withering…
Epigram VII (2005), on the text of the Roman poet Martialis, for baritone and piano sings praises to the abstemiousness of the human objective. The piece is dedicated to the Finnish baritone Sauli Tiilikainen.
Triangulum (Lat ‘triangle’, 2008) for violin, cello and piano  is a bright and melodious piece, in which the purity of mediaeval polyphony is realized.
Locus amoenus (‘The Place of Beauty’, 2009) for soprano and piano is based on a poem bearing the same name  by a fourth-century Roman poet Tiberianus, which is thought to be a reference to the Garden of Eden. As the last piece of Februa, Locus amoenus represents the harmonious condition of the human soul.