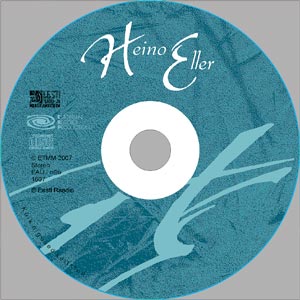 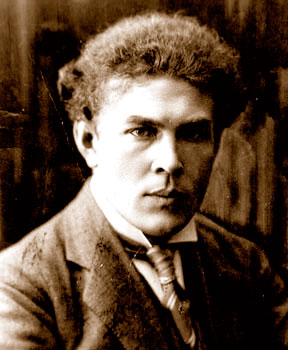 Heino Eller (1887−1970) is considered to be the founder of Estonian national school of composition and a symbol of national classics. Summarizing the result of his long life in plain numbers it looks quite awe inspiring: approximately 300 musical compositions and about 50 composers from among his students.
Eller was born in Tartu, one of the oldest university towns in Europe and the cultural centre of Livonia. Here he received his first musical education and practical knowledge of violin playing. His youth from the age of 20 to 33 was spent in St Petersburg. He studied violin, thereafter suffering from bad arm took up law, was mobilized as musician to Tsar’s army during WW One, continued his studies even through difficult times of political turmoil and graduated as a composer from St Petersburg Conservatory 1920. Eller met his future wife pianist Anna Kremer with whom he stayed together until the tragic death of Anna Kremer in a German concentration camp in 1942.
Eller had acquired profound experience in music during his St Petersburg period. He had listened to the conducting of Nikischi and Sibelius, the performances by Casals and Ysaÿe, the music by Wagner, Richard Strauss and Sibelius. He had been very fond of the works by Chopin, Grieg, Sibelius and Skryabin. This was the background that Eller brought back to Estonia, dedicating the last 50 years of his life to educating young composers first in Tartu Music High School and from 1940 until his death in Tallinn Conservatory. “Through him, as a personality of a different generation, we came into contact with the pre-revolutionary aristocrasy and its cultural heritage. Soviet ideology was incapable of dimming his insight into human and cultural values. Thanks to his training in St Petersburg, with its centuries-old music tradition, he was able to establish totally new standards in small Estonia, thereby laying the cornerstone of professionalism in music”, gratefully writes Eller’s student Arvo Pärt in the booklet of CD Neenia. Besides Arvo Pärt also Eller’s other students Eduard Tubin, Villem Kapp, Jaan Rääts, Lepo Sumera possess strong individuality in their creation.
Eller’s mostly instrumental output comprises 3 symphonies, several symphonic short pieces, a violin concerto, 5 string quartets, 4 piano sonatas, 2 violin sonatas, about 180 smaller pieces for piano. According to many musicologists Eller with his cultivated musical language and individual style is classed among the Northern top composers. In Estonian culture, though, Eller has even more multilayered meaning − his Homeland Melody and Dawn have become a symbol expressing the undescribable feeling of Estonian identity.