Maarika Järvi is the one, who has introduced Estonian flute music around the world – from Detroit and New Jersey to Gothenburg, Cologne and Tokyo. 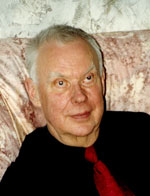 Eino Tamberg can definitely be called a unique personality in Estonian music, an original thinker and a constant surprise maker. He has been at the centre of attention of the musical audience since creating his Concerto grosso that became a so-called new-wave break-through work of Estonian composition into the international music life at the end of 50ties.
Eino Tamberg graduated from the Estonian Academy of Music as composer in 1953, his supervisor having been Prof Eugen Kapp. From 1953 to 1959 he worked as a sound engineer at the Estonian Radio, since 1968 he is professor at the Estonian Academy of Music. He has educated a number of composers like Raimo Kangro, Peeter Vähi, Alo Mattiisen, Mari Vihmand, Toivo Tulev, Mart Siimer.
Though Eino Tamberg has composed music of several genres, symphonic and stage music always play the main role. He has been attracted by the wide possibilities of the human voice and the sound of orchestra. He is the composer of operas “Iron Home”, “Cyrano de Bergerac” and “The Flight”, a ballet “Joanna Tentata”, and oratorio “Amores”. The basic symphonic works by him are 4 symphonies, 2 trumpet concertos, a violin concerto, a saxophone concerto, a clarinet concerto and a cello concerto, among which the most frequently performed piece is the Trumpet Concerto No 1. In addition to the numerous times in Europe this concerto was also played by Gothenburg Symphony Orchestra conducted by Neeme Järvi during their concert tour in Asia 1987 and conducted by Mstislav Rostropovich it sounded in the USA 1990.
When at the beginning of his composer’s career Eino Tamberg was greatly influenced by Neoclassicism, then later intense expression was added to it. His style is characterized by epic, at some places lyric and passionate mode of expression that usually begins with picturesque forms and his musical language is dominated by consonance.
“Musica Triste” op 85 for flute, vibraphone and strings is rather a typical example of Eino Tamberg’s later period of work. The première performance was held in 1993 by the Chamber Orchestra of Tallinn Music High School, the soloist being Mihkel Peäske.

Heino Jürisalu graduated from the Estonian Academy of Music as composer in 1954 under the supervision by Heino Eller. From 1950 to 1969 he worked as a sound engineer at the Estonian Radio and TV. Since 1969 he was a teacher at the Estonian Academy of Music having Lepo Sumera among his students.
“The Three Estonian Dances” for symphony orchestra composed by him won a silver medal at the World’s Youth Festival in Vienna, 1959. The list of Jürisalu’s works includes various genres: an opera “St Susanne”, a ballet “The Street”, 2 symphonies, a French Horn Concerto, chamber and film music. During his early creative period Jürisalu inevitably tests also the contemporary “hot” styles like dodecaphony. However, his work as a whole leaves quite contradictory impressions, being serious and at the same time giving hints of pop, folk and baroque, the latter being not such a surprise – for many years Jürisalu was the artistic director of an early music ensemble “Consortium”. He has also written two books about the recorder.
The Flute Concerto has been composed for flute and string orchestra. In addition to solo flute an important role has been given to cello and piano. Dominating is the consonance of calssical music into which some occasional “splashes of paint” are being thrown. Here we can observe the composer’s knowledge of the instrument at its best and the colourfulness that are always underlined in case of Heino Jürisalu. 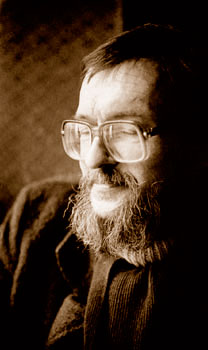 Kuldar Sink came into the world of Estonian music at the beginning of 1960-ties when the political situation in Estonia began to normalize and the contacts with Western musical centres were being re-established. This was a powerful break-through of one generation: Kuldar Sink came together with 10 years older Eino Tamberg, Veljo Tormis and Arvo Pärt. In 1960 Kuldar Sink graduated from Tallinn Music High School specialising in musical theory and in 1961 majoring on flute, simultaneously studying composition under the supervision by Veljo Tormis. During the years 1961–66 he studied composition at Leningrad Conservatoire, his supervisor being Andrei Petrov. He worked as a flautist at Estonian National Opera and Estonian National Symphony Orchestra from 1960 to 1973.
In 1960ties and 70ties Sink was carried along by the contemporary trends in music such as Neoclassicism, serialism, collage and aleatory technique. 1980s were a turning point in his creative work, he found new impulses from his trips to Central-Asia and at that period the oriental perception of eternally flowing time found expression in his music. Further on, his musical language became considerably simpler indicating the influence of Gregorian chant, Estonian folk song as well as romantic melody. His later works have mostly been composed on religious texts. Due to the multitude of styles Sink could be called “Estonian Stravinsky”. His music has repeatedly been used at the theatre stage, on the basis of “The Songs Of Death And Birth” the ballet “Scream And Silence” was created and “Mass Of St Mary’s Land” found expression in the ballet bearing the same name. The composer’s life ended tragically in a fire in 1995, leaving an opera based on The Bible unfinished.
The Flute Concertino by Kuldar Sink was composed right after the graduation from Tallinn Music High School in 1960. This piece attracted attention also outside Estonia. This clear-cut and laconic concertino bears a Neo-classic stamp, however, carrying a bright glad mood it lacks the lapidary angularity of Neoclassicism. The première performance of that piece was held at the Estonia Concert Hall in 1962.

The music by Eduard Tubin is extremely rich in variation, being among the most outstanding achievement in Estonian music. Though Tubin became a renowned master already in Estonia, his specific style got its final finesse during the years of exile in Sweden. The most precious part of his work is the 10 symphonies but besides that he has composed instrumental concertos, stage and chamber music, choir and solo songs. Eduard Tubin died in Stockholm, 1982.
Tubin came first in contact with music in his father’s house in Naelavere where after the death of his elder brother Johannes in 1912 Eduard inherited a piccolo flute. Thus, while shepherding the family’s cows Tubin started learning to play the flute. Later he graduated from Tartu Higher Music School as composer under the supervision by Heino Eller.
Memories of the shepherd days and Estonian folk tunes that had inspired Tubin earlier kept attracting him also during his exile. Though flute for Tubin was closely connected to his memories of shepherd time, before 1970 he had not composed anything specifically for that instrument. On the commission by the Estonian flautist “No One” Samuel Saulus Tubin started composing a flute concerto of which only some drafts have been found. Only in 1979 the composer wrote a Sonata for flute and cello. The première performance of the Flute Sonata was held at the ESTO Festival in the Great Hall of Swedish Academy of Music in Stockholm, 1980. In 1995 it was arranged for the orchestra by an American composer Charles Coleman. The Flute Sonata remained the last work by Tubin. Here the clarity and simplicity characteristic of the composer’s last creative period are expressed at their best. The Sonata consists of three parts with the main point of gravity at the end of the piece where the composer’s mental enlightenment can be viewed through the retrospect on the passage of his life.

Kristjan Järvi (b 1972, Tallinn, Estonia) is chief conductor of the Vienna Tonkünstler Orchestra. As a child he moved with his family to New York, where he studied piano and conducting at the Manhattan School of Music. He attended master classes in piano taught by Tatiana Nikolajeva in Salzburg. In New York in 1993, Kristjan Järvi founded the Absolute Ensemble, which today is one of the world’s leading chamber ensembles. CD recordings with Järvi and Absolute Ensemble have been nominated for a Grammy Award and won the German Record Critics’ Prize. As musical director of Absolute Ensemble, Järvi plays repertoire ranging from the 16th to the 21st century, from Baroque to rock. He is an avid explorer and advocate of contemporary music and has conducted the premières of numerous works by such composers as  Daniel Schnyder, Erkki-Sven Tüür, Charles Coleman, and Peeter Vähi. From 1998 to 2000 Kristjan Järvi was assistant conductor of the Los Angeles Philharmonic and conducted a sensational debut with this orchestra in the Hollywood Bowl. Since the 2000–01 season, he has been Principal Conductor of the Norrlands Operan and Symphony Orchestra in Sweden. He appears world-wide as a guest conductor of such fine symphony orchestras as the Hallé Orchestra of Manchester, the BBC Philharmonic Orchestra, the Budapest Festival Orchestra, the Bamberg Symphony Orchestra, the WDR Symphony Orchestra of Cologne, the Radio Symphony Orchestras of Berlin and Frankfurt, the Stuttgart Philharmonic, the Royal Stockholm Philharmonic Orchestra, the RAI National Symphony Orchestra of Italy, the Adelaide Symphony and the Japan Philharmonic Orchestra.

Maarika Järvi began her musical studies at the Tallinn School of Music and at the Boston and New England Conservatory of Music. She graduated with a Master of Music Degree from the Carnegie Mellon University where she was a student of Julius Baker as well as his teaching assistant. She has attended Master Classes with the distinguished professionals of their field such as Walfrid Kujala, Julius Baker, Donald Peck, Jeffrey Khaner, Jeanne Baxtresser, Michel Debost and William Bennett. She has been a prize-winner in a number of competitions in Boston, Toronto, New York.
As a soloist Maarika Järvi has been invited to play with various orchestras such as the Japan Philharmonic Orchestra, Detroit Symphony Orchestra, Radio-Television Symphony Orchestra of Spain, Gothenburg Symphony in Sweden, Lyra Borealis Chamber Orchestra in Toronto, Presidential Symphony Orchestra in Turkey, Orquesta Sinfónica de Galicia, Orquesta Sinfónica del Principado de Asturias, Camerata “Arión” in Spain, Pärnu City Orchestra in Estonia, English Chamber Orchestra, and Orquestra Simfònica de Barcelona. Her work as a recitalist and chamber musician (Duo Martinika) has taken her to many countries of North America and Europe. She has recorded for the Spanish, Swedish and Estonian radios, with the Absolute Ensemble in New York, Radio Television Orchestra of Spain, a CD “Méditations”, “Celestials”, as well as for other labels like ASV, RTVE. She has premièred numerous compositions, and released the CD, which includes two new concertos specially written for her: “Chant Of The Celestial Lake” by Peeter Vähi and “Leonides” by Urmas Sisask.

Tallinn Chamber Orchestra was founded in 1993. The conductor Tõnu Kaljuste has bounded the widely well-known Estonian Philharmonic Chamber Choir with TCO’s activities. The members of the orchestra are all outstanding musicians, who often perform as soloists and are invited to perform with various other orchestras and ensembles.
TCO has performed in many prestigious music festivals: Bach Cantatas Festival in Milan, Bremen Music Festival, Huddersfield Festival of Contemporary Music, Glasperlenspiel, etc. Concert tours have taken the orchestra and the choir to Canada, the USA, Japan and to many European countries.
The orchestra’s instrumental programs have been prepared mainly together with guest conductors including Richard Tognetti, Terje Tonnesen, Patrick Strub, Valentin Zhuk, Silvio Barbato, Samuel Wong, Olari Elts and Paul Mägi. In 1995–96 the artistic director and chief conductor of the orchestra was Juha Kangas, from 1996–97 to 2000–01 it has been Tõnu Kaljuste, the present artistic director is Eri Klas.
In 1993, TCO and Estonian Philharmonic Chamber Choir recorded the CD “Te Deum”. For a year, this record has been on the world’s Top Ten list and has gained exalting appraisals from the critics. “Crystallisatio” by Erkki-Sven Tüür and “Litany” by Arvo Pärt were released by ECM in 1996, and another record by ECM “Neenia” released in 2001 is music for strings by Heino Eller.