“The three years in Geneva will be in my memory for a top-class orchestra, a concert hall with great acoustics, wonderful audience and so much enjoyable music!” (Neeme Järvi)

Symphonie fantastique was composed by Hector Berlioz in 1830 and premiered at the Conservatoire de Paris under the baton of the composer in December, the same year. This was one of the most remarkable achievements in early Romantic music and is considered the first programmatic symphony. Berlioz himself provided a thorough narrative to the work. The importance of this symphony for the composer is clearly illustrated by the fact that Berlioz edited the work, after its première, repeatedly until 1855 when a second edition was finally published (the first edition was 1845).
The narration is based on the phantasies and visions of a young hyper-sensitive musician after he believes to have met the woman of his dreams with whom he fell in love. His love being unrequited he decides to commit suicide by ingesting opium. The dose, however, is not lethal, but instead produces a deep sleep with morbid visions.
For its time the symphony was exceptionally innovative already starting from the number of movements (5 instead of 4), monothematicism (the main theme of the first movement carries through all the movements like a fixed idea in the head of an artist), an extremely large orchestral staff (130 players), to the innovative and previously unheard, sound nuances that were achieved by using uncommon instrumentation (harp, English horn, tuba), for the time, and techniques like col legno (playing with the wooden side of the bow). The Dies irae theme in the last movement later acquired the status of a symbol of death in music.
The autobiographic basis of the symphony cannot be proven but it is well known that in 1827 Berlioz fell in love with an actress, Harriet Smithson, whom he saw in Paris in the role of Ophelia in Shakespeare’s Hamlet. Berlioz sent an array of love letters to the actress but they remained unanswered. Harriet Smithson soon left Paris. Allegedly, she heard Berlioz’s symphony in 1832 which aroused her interest in the composer. They met and married a year later. The marriage, however, did not turn out happy and was dissolved after a couple of years. 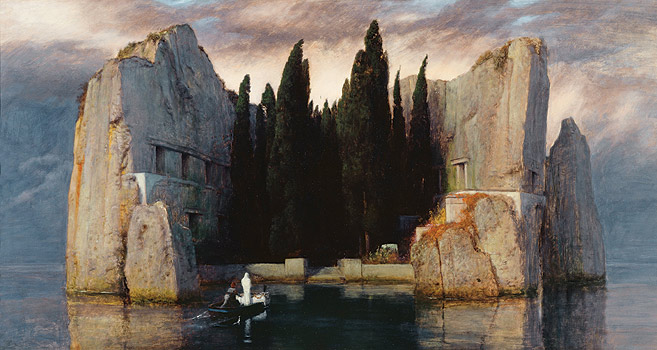 The musical patterns of Sergei Rachmaninoff are often very picturesque and the composer himself has said that he was greatly inspired by books and poems he had read as well as the paintings he had seen. The source of inspiration for Isle of the Dead was Arnold Böcklin’s painting with the same title (1886) which the composer saw in Paris, 1908. The work that describes the boatman Charon from the Greek mythology who ferries souls of the newly deceased over the river Styx dividing the world of the living from that of the dead deeply impressed Rachmaninoff and already a year later a symphonic poem on that theme was composed. Rachmaninoff uses Dies irae here as the symbol of death.

Wolfgang Amadeus Mozart composed his Serenade in B-flat major known under the name of Gran Partita probably during the years of 1781/1782. It is not known exactly when the entirety of the work was premiered but chronicles refer to 4 movements of the Serenade being performed by Mozart’s friend, the principal clarinetist of the court, Anton Stadler at his charity event in Vienna, 1784. The name Gran Partita was not given by the composer but has been adopted later.
Mozart has composed music for various wind staffs. That kind of music was known as Harmoniemusik (analogous to the term Tafelmusik) in the 18th century. Owing to the fact that most works at that time were composed as background for court events, the wind ensembles were widely popular as being suitable for indoors and outdoors.
Composed for 13 instruments − 2 oboes, 2 clarinets, 2 basset horns, 2 bassoons, 4 French horns and double bass − Gran Partita justifies its name entirely by being even more extensive than Mozart’s symphonies. The work is sometimes also referred to as Serenade for 13 wind instruments as the double bass part can be played by contrabassoon which at Mozart’s time was fairly uncommon. Also the current CD presents the work performed only by the winds.

Antonín Dvořák composed his Serenade in D minor, allegedly within 14 days, in 1878 and dedicated it to the German composer and music reviewer Louis Ehlert from whom Slavonic Dances had received high acclaim in the German press.
Dvořák, having heard Mozart’s Serenade in B-flat major during his Vienna trip at the beginning of 1787, was so impressed that upon his return to Prague he set out to compose a similar piece of work. Following Mozart’s example he also composed parts for cello and double bass in addition to wind instruments (2 oboes, 2 clarinets, 2 bassoons, contrabassoon ad libitum and 3 French horns). Despite the fact that musicologists consider the opening of the third movement in Dvořák’s Serenade an exact replica of Adagio from Mozart’s Serenade, the work as a whole is an original piece of music where the masterly touch of the Slavonic Dances’ composer can be clearly felt.

Maurice Ravel’s Boléro was initially composed in 1928 as choreographic music, commissioned by a Russian dancer and actress Ida Rubinstein and premiered the same year in Paris under the baton of the composer. The work was not well received by the audience who called Ravel mad. The idea to construct a 15-minute work upon one unchanged theme accompanied from beginning to end by the ostinato rhythm of the snare drum and taking it from pianissimo through continuous crescendo to fortissimo that is achieved by reorchestration while adding new instrumental power was too innovative for its time. Nevertheless, Ravel’s Boléro has become one of the best known and most performed works. It was possibly Arturo Toscanini who laid Foundation to its success by performing it with New York Philharmonics in the USA, 1929 and a year later with the same orchestra during their European tour in Paris. Both performances were met by furore. 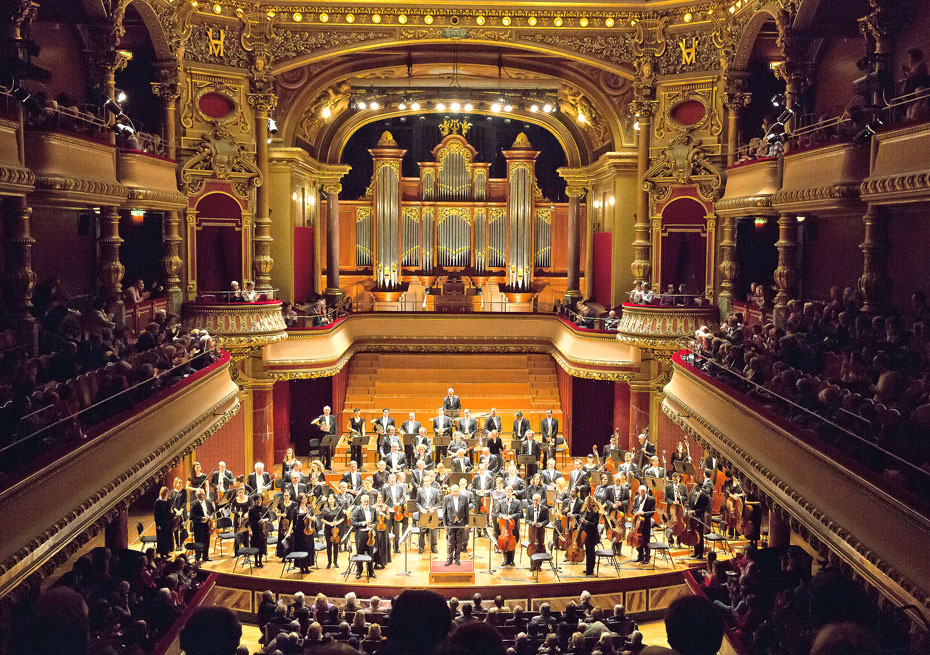 The home of Orchestre de la Suisse Romande (OSR) is the famous Victoria Hall in Geneva. In addition to symphony concerts the orchestra regularly participates also in the opera performances of Geneva Grand Théâtre.
The orchestra was founded in 1918 by Ernest Ansermet who led it for 49 years, until 1967. In 1938, the Swiss Radio Orchestra from Lausanne was merged with OSR which gave rise to regular radio performances, OSR has made over 300 recordings for Decca, the first among them being Debussy’s La mer in 1947. OSR has premiered numerous works by Swiss composers Arthur Honegger and Frank Martin.
The list of chief conductors of OSR includes Paul Kletzki, Wolfgang Sawallish, Horst Stein, Armin Jordan, Fabio Luisi, Pinchas Steinberg and Marek Janowski. In 2012 Neeme Järvi was appointed its chief conductor. During their three years of collaboration they have participated in a number of festivals, been met with furore by the audience and recorded a significant number of classical works.
The current double-CD is Maestro Järvi’s farewell to his beloved orchestra, 2015 being his final year as chief conductor. He will hand the baton over to Jonathan Nott.