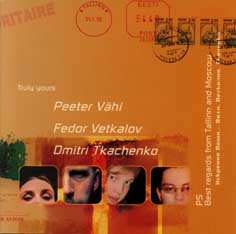 An interesting combination of the works by young and already experienced composers, all of whom have been influenced by orient and electronics as a common denominator. Works based on art by Mark Kostabi, sung by pop star Siiri Sisask make an exciting listening. Sold out!

*Dedicated to Elvis Presley, Joe Dassin and Vladimir Vysotsky died in the age of forty-two

The current CD represents Russian and Estonian musical trends from the borderline period between the 20th and the 21st century. What is characteristic of that music? On the one hand the state border between Russia and Estonia has taken a firmer shape, on the other hand the music by Fedor Vetkalov, Dmitri Tkachenko, Peeter Vähi and Siiri Sisask is characterized by total lack of any kind of borders − here one can feel the friendly coexistence of America and Europe, East and West, Russia and Estonia, different philosophies as well as different views. The first seven tracks have been inspired by works of an artist residing both in New York and Rome; the electronic visions of the young Moscow composers are tightly entwined with Indian landscapes, Japanese touches of brush and graceful oriental dance movements.

Being and Nothingness in Kostabi’s Atelier belongs to musical-choreographic productions which resist being unequivocally categorized. Being and Nothingness… is not out-and-out avant-garde, neither is it completely classical nor purely pop. The production as a whole was originally inspired by the paintings of Mark Kostabi, whose world can be characterized by key-words like urbanization, computerization, surrealism, metropolis, olden art. The author of music Peeter Vähi and the co-author Siiri Sisask, have maintained the poly-stylistics of the paintings; if anything, the composers have exacerbated the conflicts inherent in Kostabi’s work. The music embraces seemingly incompatible elements: soloists of symphony orchestra and a rock singer, the electronic sounds imitating a cathedral organ, a drum machine. This music in its turn inspired the choreographer, then the dance production prompted the video-program. However, the overall result is not an eclectic abracadabra, but a syncretistic work of multi-media art realized with a fine sense of style.

Watch a fragment of the work in 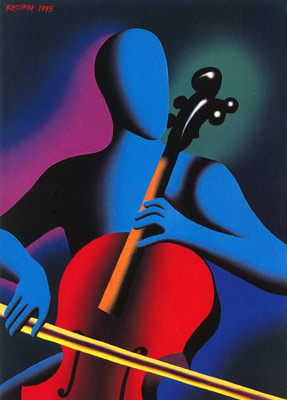 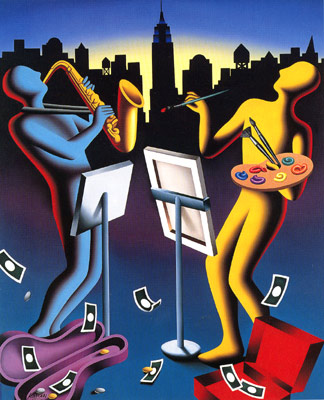 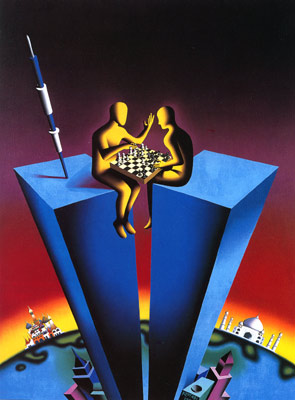 Internal Illusions is dedicated to an unearthly being, a muse who is always close by and ready to catch you when you fall…
City. The city that never sleeps, contemporary metropolis, complicated mechanism full of various small details which together form gigantic impression − all that being built by small people like ants in an anthill.
4 Us. A vision about and dedicated to all of us living on the planet Earth.
Mystical Dance. The encounter of East and West on a dance floor of a medieval castle. Colourful dancers from the Orient trying to penetrate the twilight zone of the Middle Ages shaking the onlookers deeply with their different grace and beauty.
In Abysso. Standing high up on the mountain and looking down into the darkness of an abyss can be compared to looking down on simple things from the peak of our hi-tech life and not seeing them through our own obscured vision.
Fuji. The famous mount Fuji in Japan, standing eternally through all changes of seasons, weather, history, nature. Thunderstorms come and go while Fuji is still stoically standing.
Oriented by C. Today’s East still cherishes its historical roots and is at the same time developing with all the influence of the hi-tech age, thus forming an interesting and colourful composition.
Galeon. A vision about a submariner approaching an alien sunken ship Galeon.
Falling Star. Everything in this world is temporary, just a falling star.
Eyes to Eyes. Eyes − oceans of powerful feelings and inner wisdom, reflecting the depth of one’s soul.
Disappearing Dew. The images of dawn, morning chill and dewdrops in the high mountain ranges of Himalayas.
Kursk. A real challenge to express the profound compassion and depth of emotion after the tragedy of the submarine Kursk.

See also other recordings of Peeter Vähi: Supreme Silence, A Chant Of Bamboo, Maria Magdalena, In the Mystical Land of Kaydara, Handbell Symphony, The Path Of Mantra, The Path To The Heart Of Asia, Celestials, Tamula Fire Collage, Sounds Of The Silver Moon