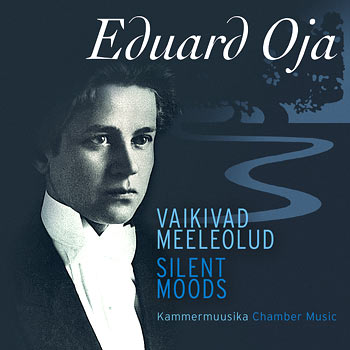 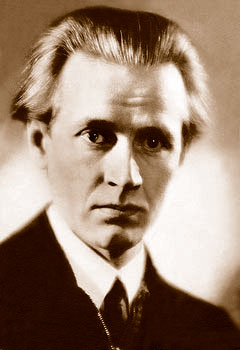 Eduard Oja was born on Jan 17th, 1905 in Palupõhja, in the rural municipality of Vana-Põltsamaa in Viljandi county. The son of a forest warden, he studied at Tartu Teachers College from 1919–1924, after which he was employed as a schoolteacher of Tamsa primary school (1924–1925) followed by an position as a teacher in the town of Elva (1925–1930). He began studying music independently, and continued his studies in the violin at the Tartu Teachers College and the Tartu Higher School of Music. He and Eduard Tubin, another well-known Estonian composer, were enrolled concurrently at the Tartu Teachers Seminar. Tubin helped Oja prepare for entrance to the Tartu Higher School of Music, where Oja studied composition under Heino Eller from 1927–1932.

At the Teachers College, Oja entered musical life as concertmaster of the school’s string orchestra and a violin soloist. Here he made his first forays into composition. Later he served as choral director and music teacher in Pangodi, Elva and Tartu. From 1935–41, he taught music theory at the Tartu Higher School of Music. He also conducted the school’s student orchestra. Oja was simultaneously musical director for the Tartu Drama Theatre Studio and from 1934–1938, he was music critic for the daily newspaper Postimees, contributing numerous articles. In Tartu, Oja served as choral conductor, leading the Tartu Women’s Singing Society’s Women’s Choir from 1930–1934.

Eduard Oja’s work as a conductor is noteworthy for its rich imaginative power, variegated tone colour and invention. His most notable works (Poem of Beauty, Song of the Sea”, the Piano Quintet, solo songs) display the composer’s extraordinary musical talent and singular expressive style, frequently featuring tragic motifs of great poignancy. Unfortunately, his extraordinary musical talent would never be fully consummated, although he did compose a number of works that according to Eduard Tubin placed him squarely “in the circle of geniuses”.

The central work in Oja’s oeuvre is the opera Oath Redeemed (“Lunastatud vanne”), which captured first place at a competition of works for the stage organized by the Estonia Theatre in 1940. Unfortunately the composer destroyed the score after many revisions. Also occupying an important spot in Oja’s creative work is a cantata for male choir, solo voice and orchestra The Return Home (“Kojuminek”) on the lyrics by Marie Under. The 1943 and 1944 performances of the cantata were greatly acclaimed. As with the opera, unfortunately, the score for this work, too, is not extant, destroyed in the fire at the Estonia Theatre in 1944 following the aerial bombing of Soviet troops. 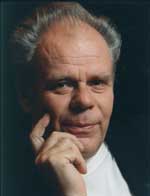 Vardo Rumessen has recorded most of piano and chamber music by Rudolf Tobias, Mart Saar, Heino Eller, Eduard Oja and Eduard Tubin. He is recognized as a master performer of Eduard Tubin’s piano music. Rumessen was a personal friend of Tubin and had the opportunity to discuss the composer’s intentions in depth. Eduard Tubin has to a high degree authorized Vardo Rumessen’s interpretations of his music. Rumessen performed the American première of Tubin’s Piano Concertino in 1993 with the Longview Symphony Orchestra. Also, Rumessen is the founder and artistic director of the festival Eduard Tubin ja tema aeg (‘Eduard Tubin and His Time’) organized by Eesti Kontsert, the National Concert Institute of Estonia since 2001. He is also the chairman of the board of International Eduard Tubin Society.

Although Rumessen has achieved his success mainly as a performer of Estonian classical music, he has performed a lot of music from other parts of the world. His largest undertakings have been such as the complete Bach’s Well-Tempered Clavier I, Scriabin’s 10 sonatas, Chopin’s 27 etudes, Rachmaninoff’s 15 etudes-tableaux, etc.

Rumessen is not only the foremost performer of Estonian piano music but also a musicologist with a vast knowledge of Estonian music. He has published a lot of Estonian music, by R Tobias, M Saar, E Oja and H Eller, which have naturally found a place in Rumessen’s repertoire as both soloist and ensemble player. Among other works he restored and published R Tobias’ oratorio Jonah’s Mission. In addition, Rumessen has written many articles and has served as an editor of several books about Rudolf Tobias, Mart Saar, Artur Kapp, Eduard Oja, Eduard Tubin and others.

Teet Järvi is a graduate of the Tallinn Secondary School of Music, where he studied under Laine Leichter, followed by the Estonian Academy of Music, as a student of Prof Peeter Paemurru. He went on to study in Moscow with Natalia Shakhovskaya, Mikhail Homitser and Ivan Monighetti. In 1974, Järvi won 1st prize in a young cellists competition in Czechoslovakia. He also won the national (1981) and Baltic (1976) competitions. From 1982–90 Järvi was concertmaster for the cello section of the Estonian National Symphony Orchestra. He has often performed as a soloist with orchestra, played as a member of the Tallinn String Quartet and the Baltic Trio in many European countries and the USA, and performed as a solo cellist. Since 1993 Järvi has been employed in Finland, where he performs with the Lahti Symphony Orchestra and the string quartet FinEst, and teaches cello at the Lahti Higher School of Music.

Ivo Kuusk graduated from the Estonian Academy of Music in 1967 and went on to study at the Gnessin State Musical College in Moscow. Since 1978, he was a featured soloist of the Estonian National Opera. He has also been a chamber and oratorio singer. Since 1979, he has taught at the Estonian Academy of Music. His repertoire includes over 80 opera and operetta roles. He has performed in Finland, Sweden, Norway, Denmark, Germany, France, and Russia, among other countries.