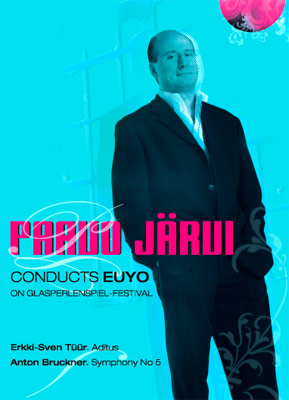 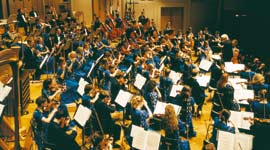 The 140-member XXL-orchestra EUYO was the brainchild of Lionel and Joy Bryer, Chairman and Secretary General of the International Youth Foundation of Great Britain. The inaugural tour in 1978 was conducted by the founding music director Claudio Abbado, who donated much of his valuable time to conducting and touring with the young musicians, and by Sir Edward Heath, who was the orchestra’s 1st president. The EUYO’s current music director is Vladimir Ashkenazy.
World famous guest conductors have worked with the orchestra including Vladimir Ashkenazy, Daniel Barenboim, Leonard Bernstein, Bernard Haitink, Lorin Maazel, Herbert von Karajan, Zubin Mehta, Mstislav Rostropovich, Gennadi Rozhdestvensky, Kurt Sanderling and Sir Georg Solti. Soloists have included Martha Argerich, Emanuel Ax, Teresa Berganza, Barbara Hendricks, Nigel Kennedy, Karita Mattila, Lord Yehudi Menuhin, Viktoria Mullova, Anne-Sophie Mutter, Jessye Norman, Maurizio Pollini, and Pandit Ravi Shankar.
The EUYO has appeared in all the major cities, concert halls, and festivals of Europe. The orchestra has undertaken important foreign tours which have included China, Hong-Kong, Japan, India, North and South America, Eastern Europe, Russia, and the Baltic States.
The EUYO has also won a number of awards, including the Olympia Prize of the Alexander S Onassis Public Benefit Foundation, the Prix d’Initiative Européenne and the European Media Prize.
The 140 players who make up the orchestra are selected each year from over 4000 candidates throughout the 25 EU countries.
The patrons of the orchestra are Romano Prodi, president of the European Commission and the prime ministers of each of the 25 member countries of the EU. 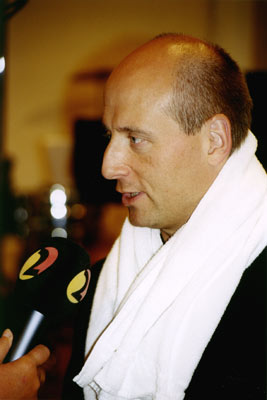 Grammy award-winning Paavo Järvi’s remarkable reputation makes him one of the most in-demand conductors on the international stage. Born in Estonia, he studied percussion and conducting at the Tallinn Georg Ots School of Music, in 1980, moved to the USA where he continued his studies at the Curtis Institute of Music and at the Los Angeles Philharmonic Institute with Leonard Bernstein.
He was appointed music director of the Cincinnati Symphony Orchestra in Sep 2001, and has recently extended his contract with the orchestra until 2008–09. During his directorship they have toured together throughout America (including Carnegie Hall), Europe, and Japan. From the 2006–07 season Paavo Järvi will become music director of Frankfurt Radio Symphony Orchestra. He also holds the posts of artistic leader of the Deutsche Kammerphilharmonie and artistic adviser to the Estonian National Symphony Orchestra. His previous posts include that of principal guest conductor with the Royal Stockholm Philharmonic, and the City of Birmingham Symphony Orchestra. In great demand as a guest conductor Paavo Järvi appears regularly with such orchestras as Philharmonia, Orchestre Philharmonique de Radio France, Munich Philharmonic, Bayerischer Rundfunk, Accademia Nazionale di Santa Cecilia, Orchestre de Paris, Concertgebouw, Boston, Chicago, New York, Los Angeles and Philadelphia Symphony Orchestras, London Symphony Orchestra, Orchestre National de France, Staatskapelle Dresden, etc.
Paavo Järvi makes it a priority to work with youth orchestras and in summer 2004 conducted the EUYO’s tour of the Baltic States (including Glasperlenspiel Festival), which marked the countries’ accession to the European Union. He has conducted the UBS Verbier Youth Orchestra, both on tour and in the Verbier Festival. He has also worked with the Russian-American Youth Orchestra in Moscow, Mahler Chamber Orchestra in Ferrara and the New World Symphony Orchestra in Miami.
The most recent additions to Paavo Järvi’s discography for EMI / Virgin Classics include the Grammy award-winning recording of Sibelius’ Cantatas, and Grieg’s Peer Gynt, both with the Estonian National Symphony Orchestra. With the Cincinnati Symphony Orchestra he has released a number of CDs on Telarc featuring works by Ravel, Berlioz, Sibelius, Prokofiev, Tubin, Stravinsky and Debussy – the most recent recording featuring orchestral works by Dvořák and Martinů. He is recording a cycle of Beethoven’s symphonies with the Deutsche Kammerphilharmonie, while recordings of works by R Strauss and Stravinsky with the orchestra have already been released. 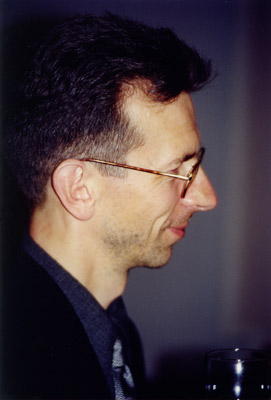 In the 80s Erkki-Sven Tüür, a student of Prof Jaan Rääts and Prof Lepo Sumera, finds his way into Estonian music. Physically residing on a small Estonian island of Hiiumaa he creates his work in the global sound space. Music by Tüür today is commissioned by renowned international musicians and is more often than not first performed on the world’s stages. Tüür’s aim is provocative and reckless – to melt into music a “catalogue” of the 20th cent styles. He has composed 6 symphonies (1984, 1987, 1997, 2002, 2004, 2007), instrumental concertos, a number of shorter symphonic pieces, an opera, a cycle “Architectonics” for chamber ensemble. There are undercurrents from the neo-style sources and rock music to sonorism and minimalism in his music. It could be taken for a pure fun of experimentalism. While listening one might perceive Tüür’s sound as if from another world – it is like a reflection of human existential consciousness – metaphysical desert of soul, lonely battles. In the recent works by Tüür one can sense the passion and tenderness of monologue, neoromantic glimmer, the signs of reconciliation and beauty.

Press resonance
Watch a fragment of DVD in