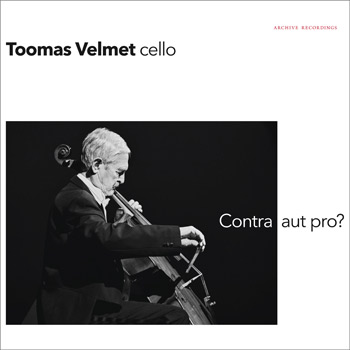 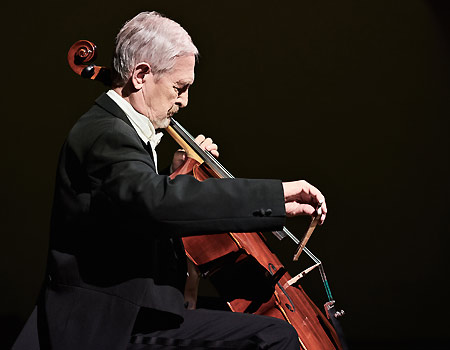 Toomas Velmet (75) is an Estonian cellist, professor at the Estonian Academy of Music and Theatre, and music journalist. He began performing in 1963, touring around the entire former Soviet Union, and beyond for over three decades. Before retiring from live performance in 1996 Toomas Velmet has performed both as a solo artist and as a chamber musician in the Tallinn Trio. Since 1971, he has worked as a cello teacher with students of all ages, from beginners to master’s students. Toomas Velmet’s students work in all Estonian, and many Finnish orchestras. He has participated in the juries of many professional competitions, including the International Tchaikovsky Competition (Moscow, 1990). He has published over 500 reviews and analyses of classical music. 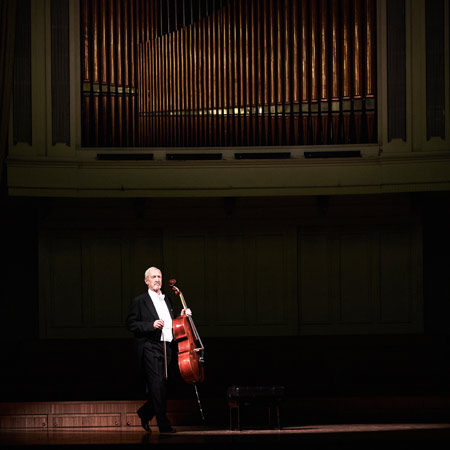 Having interpreted music from many different angles − as a performing artist, teacher, and critic − one might conclude that he has arrived at a point where it is no longer important to constantly seek and create meaning in music. This record might be a kind of arrival, yet nothing about it speaks of finality.

What if composers and performers spend a good part of their lives playing hide-and-seek? Always in search for something? Yet always seeking without ever finding anything would be rather boring. This record does not aim to provide a completely new interpretation, but departs from the idea that music resonates when it awakens in the listener emotions they already recognize. One can analyze music intellectually, but there is something deeper in recognizing these moments where, instead of rational interpretation, we let music sink deeper into ourselves, and allow for a moment of self-reflection. What is it in those moments that music brings to the fore? What kinds of memories does it awaken?

Each new generation creates a new vision of music, yet these visions do not render their predecessors worthless. This record may at first seem nostalgic, but it does more than invite the viewer to submerge themselves in the depths of the past. Reexperiencing the already experienced is not the same as repeating it. Those who appreciate fine wine know that wine can only contain the smells and tastes one has already experienced before. You cannot find the smell of freshly cut nettles in a glass of wine, if you have never smelt it before. But the experience of recognition itself is new. As of July of 2017, the archives of Estonian Radio contained 808 recordings associated with the name Toomas Velmet. A look at the numbers suggests that there is nothing arbitrary about the pieces chosen for this record. It is no coincidence, either, that the selection is made up of composers from the middle and second half of the twentieth century. Toomas Velmet believes that it was an excellent century for music, but much of it has been forgotten. Perhaps it is because some of this music is distant enough not to sound contemporary; and yet too close to us to be classics waiting to be rediscovered.

Every piece on this recording has a story. One of them goes like this: Pro et contra is from Arvo Pärt’s earlier period. This cello concerto, composed in collage style, was premiered on November 3, 1967, by Toomas Velmet and the Estonian Radio Symphony Orchestra, conducted by Neeme Järvi. Toomas Velmet performed the concerto on another 30 or so occasions. The recording of the concerto on this album is the absolute first performance.

Toomas Velmet, who is also known for his skill as an excellent storyteller, could speak about every single recording on this album. These stories could be works of art on their own. But perhaps we should leave the album so that it could tell a different story to each listener. Leaving in the air the Hamlet-like question: “Contra aut pro?”

See also other vinyl records by ERP: A Chant of Bamboo, Zatonuvshiy Den’, Mass of Mary