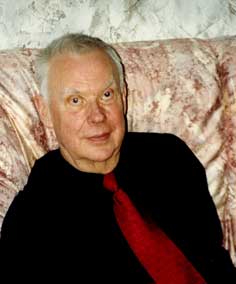 Eino Tamberg – a unique personality in Estonian music, a constant surprise-maker. In the centre of attention of the musical audience since creating his Concerto grosso that became a new-wave break-through work of Estonian music into the international music life. Mainly the composer of opera Iron Home, Cyrano de Bergerac, The Flight) and orchestra (symphonies, Musica triste, concertos for saxophone, cello, trumpet, bassoon, violin).

Eino Tamberg (May 27th, 1930 / Tallinn, Estonia – Dec 24th, 2010 / Tallinn, Estonia) completed his studies in composition under Prof Eugen Kapp at the Tallinn Conservatory in 1953. From 1953 to 1959 he worked in the Estonian Radio as sound engineer and as artistic consultant in the Estonian Composers’ Union from 1960 to 1969. Since 1968 he teaches composition at the Estonian Academy of Music and from 1978 until now he is the head of the chair of composition. Tamberg has founded a school of composition. His most brilliant students have been Raimo Kangro, Peeter Vähi, Margo Kõlar, Toivo Tulev, Mari Vihmand, Mart Siimer. In 1999 he was awarded the Estonian State Cultural Award.

Tamberg is a great authority in Estonian contemporary music. He has influenced it since the 1950’s being a representative of the new generation of composers then. His Concerto grosso (1956) became the international break-through both for the author himself as well as for the Estonian new music.

The most important part of Tamberg’s output are symphonic works and works for the stage. He is an excellent musical dramatist. His works always fascinate with a clear concept of form and vivid imagination which sometimes leads him to surprising mixtures of styles like in the case of the opera Cyrano de Bergerac. He generally makes use of extended tonality or free atonality combining them in his own original way. High intensity of expression (achieved by melodic and harmonic means as well as by orchestration) typical for his music was strongly revealed in the ballet Joanna tentata. His tendency to combine various artistic forms in the works for the stage emerged in The Moonshine Oratorio.