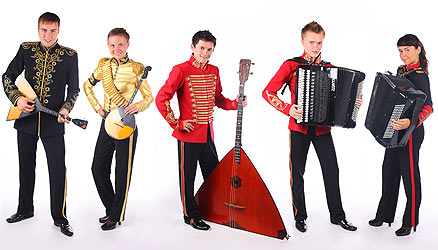 ESSE-Quintet is a bright modern ensemble, playing on folk instruments. The ensemble was created in 2007 by the students of the St Petersburg State University of Culture and Arts and Rimsky-Korsakov St Petersburg State Conservatory. All the members of the ensemble are very charming, artistic and are masterly musicians. On their technically and timbre wise unique instruments, they have control over; works written in the genres of folk and classical music, in all their rich variety of styles and songs, as well as the compositions made in a currently popular style “classical crossover”, where complex musical image is created using intonations of different genres and styles. 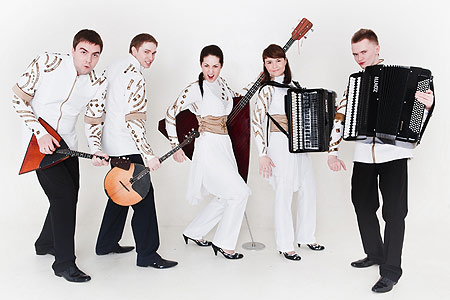 Legendary Tomas Broman, one of the founders of the international organization called WOMAD and the artistic director of more than 175 festivals, held in 27 countries of the world, said regarding the performance of the ensemble at the Terem Crossover competition: “ESSE-Quintet from St Petersburg are great. … these young people are fantastic musicians and deploy the by now familiar folk instrument line-up of balalaika, accordion and lute in a dazzling and witty performance… But this lot would be a triumph at any UK festival”.
In a short period of time the ensemble has become the winner and holder of Grand Prix at 6 international competitions, held in Russia, Italy, Sweden and France. Currently it is the most titled ensemble of the Northern capital of Russia.
Versatility of the program, amazing musical arrangements; creating the impression of the sound of a real orchestra; imagery performance and soulful solo are the characteristic signs of this ensemble.
The ensemble maintains active concert activity in Russia and Europe. 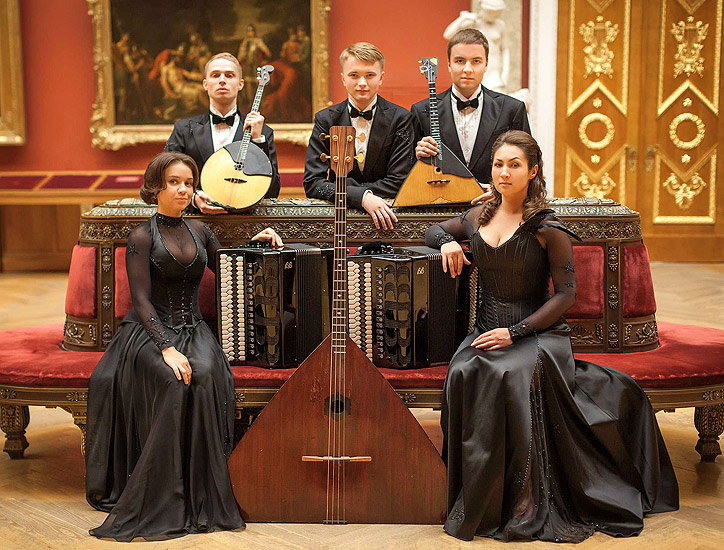