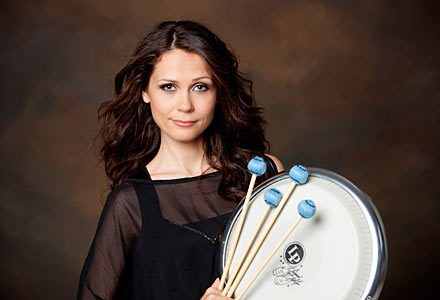 Hele-Riin Uib is one of the most attractive female percussionists whose music-making unites professionalism, punctuality, swift beat and extraordinary power. She has often been called “a rough diamond”, “an energy bomb” etc.

Hele-Riin Uib was born in Estonia. Since early childhood the little girl was surrounded by drums; through her step-father she had a close contact with playing as well as making percussion instruments. It so happened that at the age of 13 Hele-Riin started an independent life, though this did not hamper her studies of percussions at the Tallinn Georg Ots Music School. In 2004, she graduated from the Estonian Academy of Music with BA and in 2007 with MA. In the course of 2004–2009 Hele-Riin studied percussions also at the Helsinki Metropolia University, though unlike at the Estonian Academy of Music she concentrated here on jazz (vibraphone) and ethnic (Africa, Cuba, Brazil) percussion instruments like congas, timbales, djembe, etc. Drop by drop she has collected knowledge from different master classes: Arttu Takalo, Juha Tanninen, Tomas Jimeno Diaz, Tommi Rautiainen, Bruno Korpela, Wolf Kerschek, Linda Maxey, Michael Udow, Brian Melvin, and Stanislaw Skoczynski. In 2010, she studied the art of taiko in Japan under the supervision by Emiko Taba.
In 2001–2004, she was a percussion player at the Estonian National Opera Symphony Orchestra. Also, Hele-Riin has been guest-artist with Estonian National Symphony Orchestra, Glasperlenspiel Sinfonietta, Tallinn Chamber Orchestra, Estonian Piano Orchestra and NYYD Ensemble. However, she enjoys most playing in duos where the small staff offers more improvisation and creative approach to music like in the duo with the Japanese taiko-player Ichitaro, duo Double Stroke with Madis Metsamart (principal percussionist of Estonian National Symphony Orchestra) and with Aleksandra Kremenetski, to name just a few.
Hele-Riin says that rhythm is the heart of music. It seems that this heart beats in a cruel rhythm and quick tempo because in her schedule there are hardly any days off. The afore-mentioned qualities have made her a highly sought-after musician and concert tours have taken her to many countries as well as made her a frequent guest in recording studios. 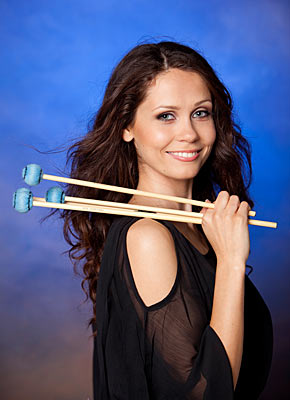 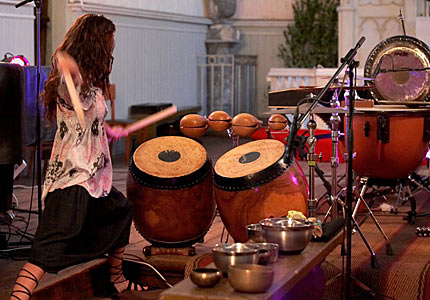 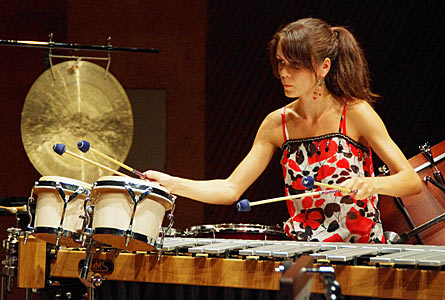 YouTube – Rhythm Song for marimba by Paul Smadbeck, live, May 14th, 2007 at Estonian Academy of Music