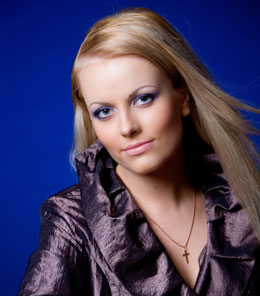 Young and promising star in the operatic sky of sopranos.

Born in Tallinn (Estonia). Currently lives in the United Kingdom.

She began her professional music education at the Georg Ots Music School and continued her studies at the Estonian Academy of Music and Theatre with Prof Jaakko Ryhanen, and graduated from Master’s programme in 2010. In 2009-2010, she studied at the National Academy of St Cecilia, Rome with Prof Rebecca Berg.

She has sung in Sweden, Finland, Russia, Italy, Austria, Hungary, Germany and Great Britain. In 2011, Maria makes her debut as an invited soloist at Finnish National Opera in Helsinki.