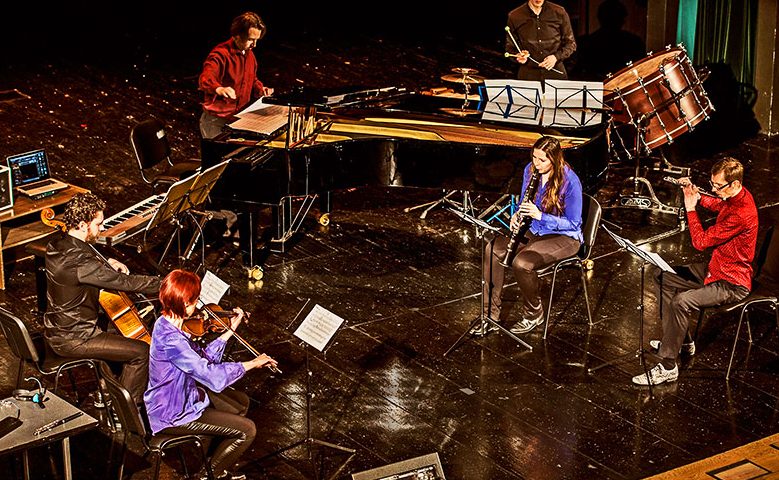 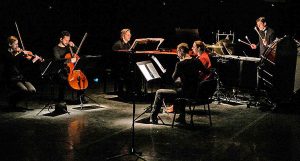 The long-term and dedicated activity of the best-known Estonian new music group Ensemble U: has been irreplaceable for the performance, introduction and wider promotion of contemporary music by both Estonian and foreign composers. The ensemble, which will soon have its 20th anniversary, was launched in 2003 by new music enthusiasts Taavi Kerikmäe and Tarmo Johannes, who then invited the brightest artists of their generation to join. Over the years, musicians have been passionate about both classical contemporary works and experimental compositions, with a particular interest in improvisational and non-traditional music. It is worth mentioning that the ensemble plays without a conductor. U: has brought to the audience a number of new domestic and foreign works, including music by Toivo Tulev, Märt-Matis Lill, Tauno Aints, Helena Tulve, Tatjana Kozlova-Johannes, Ülo Krigul, Mari Vihmand, Arash Yazdani, Scott Miller, Christopher Chandler, Fausto Sebastian and others. The outcomes of collaboration with choreographer Mart Kangro have been outstanding plays Mäng (2006), Romeo ja Julia (2008) and Harmoonia (2009).

Audience orchestra is an interactive experiment developed by ensemble U:. The listeners of the event gain unusual power – they can control how the concert develops, what is the music played and give instant feedback of their opinions. In some sections they can play along with the performers and are turned into a kind of orchestra. But unlike a normal orchestra that is based in strict hierarchies and rules, the audience orchestra acts on the bases of democracy – everybody has a vote and decisions are made when the majority is for it. The main issue of this singular experiment is to investigate and play around the idea “democracy in making music”. What is it what the public really wants and expects? Are they happy if it it is finally the “voice of public” that controls the concert?
The audience can take part using a smart-phone, tablet or laptop. The only thing they need to do is log in to local wifi network (created by U:), open certain web-page and follow further instructions. Two computers with software created specially for this project run necessary servers, gather the data from participants and turn it into music or otherwise useful information.
The “research part” is followed by performance of contemporary Estonian music with duration approximately 15–20 minutes.