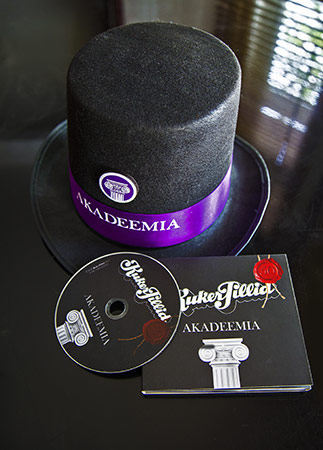 KukerPillid does not need to be introduced or hyped – as many as two generations of Estonians have grown up with the ensemble’s hits. However, the concert goers may ask why Kukerpillid are presented at the Glasperlenspiel festival, which is mostly oriented towards classical music. Will it be followed by other Estonian country and pop bands? Definitely not. 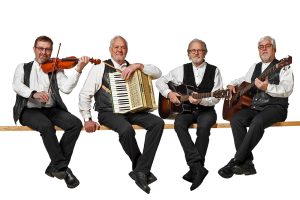 This concert program of Kukerpillid, named Academy, is special not only because it celebrates half a century since the ensemble was founded, but also because it contains a lot of works created particularly for the ensemble’s anniversary. The authors include „academics“ whose names we are used to seeing rather on the scene of classical music. Let us mention just a few songs: Erkki-Sven Tüür’s Laul sõpradest, Tauno Aints’ Tammede all, Sven Grünberg’s On nii, Peeter Vähi’s Sada kepioopi, Tõnu Kõrvits’ Vaaderpass… Besides the new compositions, the program certainly consists of songs that have been listeners’ favorites for decades. In addition to the usual four-member ensemble Toomas Kõrvits (vocal, guitar, harmonica), Ike Volkov (vocal, bass guitar), Heiki Vahar (vocal, violin) and Arne Haasma (vocal, accordion), guests like Tiit Kõrvits (guitar, background vocals) and Anneli Kadakas (percussion) will add some color to the event.