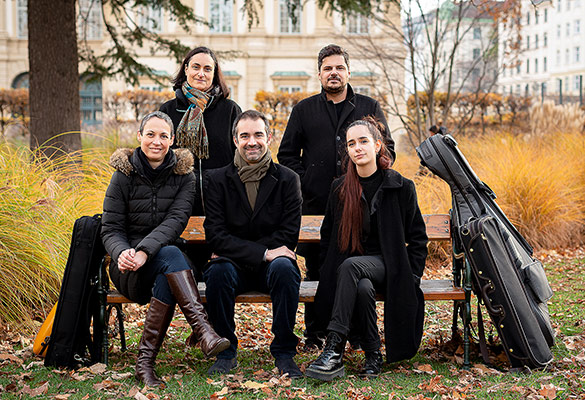 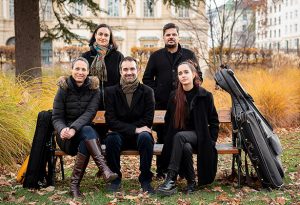 The Vienna Chamber Symphony (WKS), based in Vienna, is formed by five outstanding musicians whose diverse repertoire consists of music from classical period and 19th century works to contemporary music. Besides, the works by forgotten or barely known composers are also often featured in ensemble’s programmes. The WKS was established in 2006 as a part of Mozart’s 250th birth anniversary celebrations and made immediately a successful international debut in Spain with the series of concerts dedicated to Austrian composer’s music. The successful beginning was followed by other projects featuring the works by Mozart’s contemporaries. The quintet has organized several fascinating projects, for example a crossover programme intertwining classical Viennese music with hip-hop dance at Umbria Music Festival in 2008. The Vienna Chamber Symphony has participated in numerous festivals in Turkey and Italy as well as played in countries such as Brazil, Argentina, Colombia, Spain, Sweden, Denmark, England and Poland.
The programme of the Glasperlenspiel concert reflects expressively the diverse repertoire of the ensemble. The WKS features significant pieces by composers born in German-Austrian cultural space: the fragments from the world-famous opera The Marriage of Figaro by Mozart will be juxtaposed with much less known child prodigy Erich Korngold’s work Märchenbilder. It is remarkable that Korngold was only 13 when he composed this 7-movement piece based on fairytales. The chamber music by Max Reger and Richard Wagner offers undeniably much to discover as well.