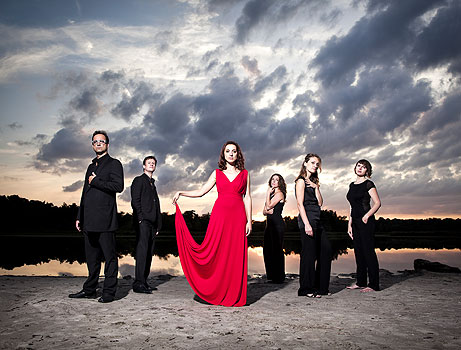 VARIATIONS ON A PERSIAN THEME

The bassoon is still not as well known as other classical instruments, even in the 21st century. Bert Helsen and Filip Neyens, both of whom are soloists with the Belgian National Orchestra, decided to set up an ensemble that puts a greater emphasis on the versatility of the instrument. This concept highlights the varied tone colour of both the bassoon and contrabassoon, in a powerful, accessible musical context.
The HaftCraft ensemble has been giving concerts since 2014 in various formations. It started out as a septet with a bassoon, contrabassoon and string quintet (whose members were also members of the Belgian National Orchestra). They played in the concert halls of Belgium, the Netherlands, China, Iran… In the programme Variations on a Persian Theme, the ensemble goes in search of a symbiosis between Iranian traditional and Western classical music. The formation here is a string quartet, bassoon and soprano.