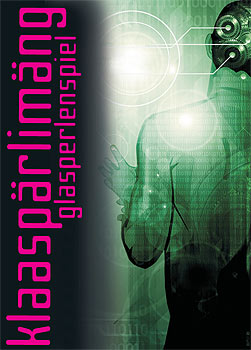 A joint project of ERP and the city of Tartu

Slava Grigoryan has emerged in the past decade as one of the world’s most original classical guitarists.  Born in Kazakhstan in 1976 and raised in Australia, Slava has been performing since he was eight and with major international orchestras since he was 15, including the London Philharmonic, BBC Concert Orchestra, the Sydney Symphony Orchestra and Melbourne Symphony Orchestra. He has also performed at concerts and festivals in Europe, Asia, North and South America, including a Great Guitars Tour with the legendary flamenco guitarist Paco Peña.
As a major prizewinner at the Tokyo International Classical Guitar Competition, Slava was signed by Sony Music Entertainment Australia under Sony Classical in 1995 and has since released four solo albums. His debut classical album for ABC Classics, Sonatas and Fantasies, was awarded Best Classical Album at the 2002 ARIA Awards.  2003 saw the release of 2 new albums on the ABC Classics label – Play (with Len Grigoryan) and Saffire (the Australian Guitar Quartet), which also went on to win the 2003 Best Classical Album ARIA. In 2004, Slava recorded and released another 2 collaborative CDs – Nostalgica with Saffire and Brazil with flautist Jane Rutter.
Slava has received the ‘Mo Award’ for Instrumentalist of the Year and in 2002, toured for Musica Viva with his brother, Len Grigoryan.  The two enjoyed another highly successful Australia-wide tour in 2003 following the release of Play. 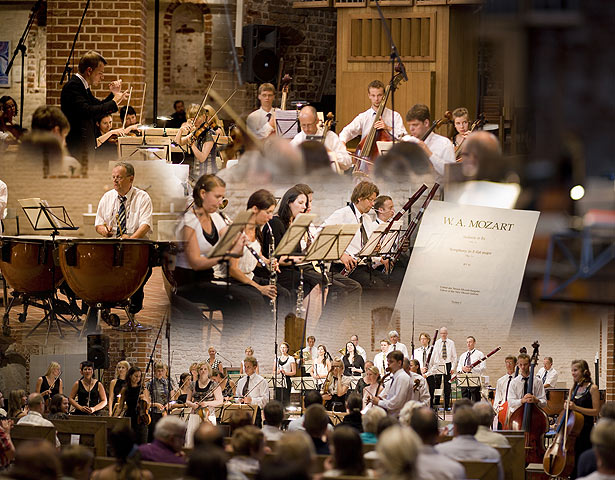 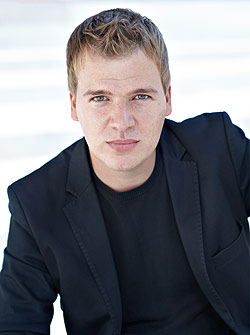 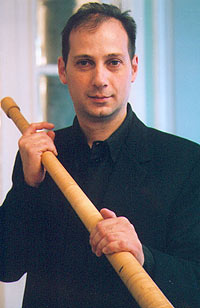 Already the more than 4 m long alphorn played by Carlo Torlontano on the world’s stages is impressive in itself, but listening to classical music performed on it is a unique experience.

Rémi Boucher was born in 1964 in Québec, Canada. He studied the classical guitar in the Montreal Conservatory with Jean Vallières and afterwards completed his studies in Spain, in Belgium at the Royal Conservatory of Antwerp and in Switzerland at the Basel Academy with O Ghiglia. He is now living in Austria. Those travels would not have been accomplished without the aid of the “Conseil des Arts et des Lettres du Québec” and the Canada Council, which not only offered him many grants, but the Sylva Gelber Award, making Rémi Boucher the first guitarist in 30 years to have won this honor!
In addition to his many national and international prices, in less than 18 months, Rémi Boucher has conquered Europe, America and Asia winning at the unanimity the first prize of five of the most important international music competitions (Alessandria in Italy, Andrès Segovia in Palma de Mallorca in Spain, Havana in Cuba, Mauro Guiliani in Turin, and Fernando Sor in Roma).
Since that great success, he was invited by many major symphonic orchestras in all over the world, which gave him the opportunities to play up to ten of the greatest guitar concertos conducted in some cases by the famous Cuban composer Léo Brouwer. Because of the success coming out of his concerts his career expanded very fast and allowed him to play, to gives master classes and to participate as member of international juries in many of the most important competitions, music festivals and universities of the world with regularly renewed invitations.
His repertoire also includes all of the most famous guitar concertos (Rodrigo, Villa-Lobos, Tedesco, Ponce, Torroba, Brouwer, Abril, Guiliani and Vivaldi) just as well as the most interesting works for solo guitar from the Renaissance to the Modern music. Rémi Boucher is especially known for his excellent interpretation of impressionist and Spanish music that were strongly acclaimed by the critics in all over the world.
“Rémi Boucher has fire, passion, zest and poetry and he has them in spades. There is hope for the guitar when it is play like this…” (International Guitar Magazine) 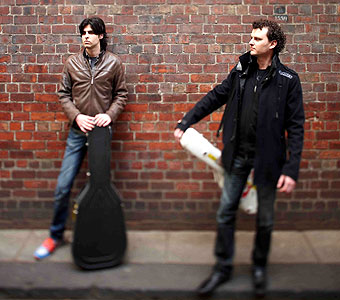 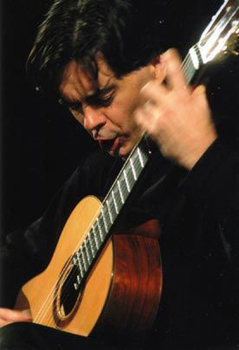 Grigoryan Guitar Duo: Slava and Len Grigoryan both compose music for guitar and their effortless virtuosity and brilliant musicianship, both in the standard repertoire of the classical guitar as well as crossover material and contemporary composition, is highly regarded around the world. The brothers have recorded a new album for ABC Classics.
During the last years, the duo toured in Australia, the United Arab Emirates, South Africa, Australia, Europe, Russia. 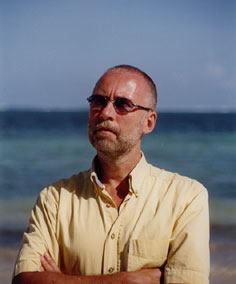 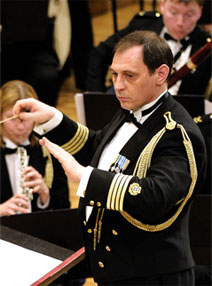 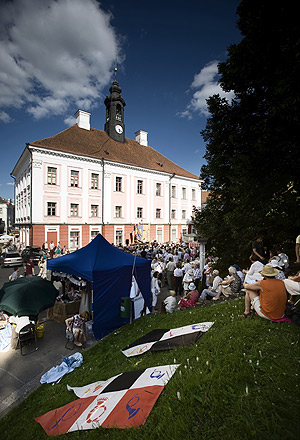 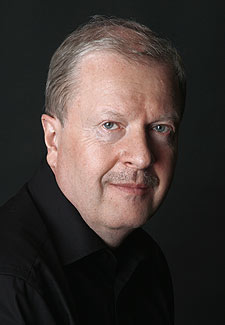 The first work of the so-called intuitive music From the Seven Days by Karlheinz Stockhausen, a 20th-century composer “with an extreme scope”, seeks to find a musical solution to the mutual influence of the spirit and the matter as well as to the conditions of their co-existence. The performance is preceded by the musicians’ 4-day fast and meditation period 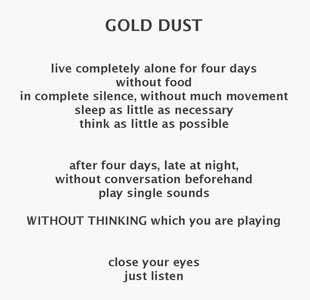 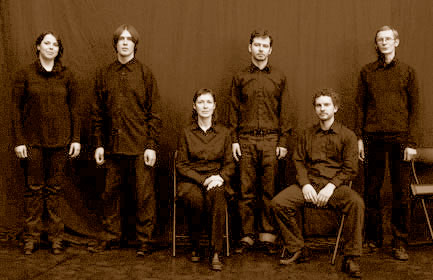 Ensemble U: was founded in 2002 by Taavi Kerikmäe and Tarmo Johannes. Since then U: has been performing in numerous festivals of contemporary music like Days of New Music in Pärnu and Days of Estonian Music, NYYD festival, Days of St John’s Church in Tartu, Time of Music (Viitasaari, Finland), Baltoscandal (Rakvere), Meridian (Bucharest, Romania). The members of the ensemble are outstanding young musicians, many of them have been supplementing themselves on modern music in abroad. The ensemble works without conductor. U: has been first performer in Estonia of many masterworks of the present day’s most noted composers (Boulez, Stockhausen, Murail, Donatoni, Sciarrino, Romitelli, Xenakis, Grisey, etc). Next to that U: pays a lot of attention to performing experimental and improvisational music. The ensemble works actively to broaden the idea of different types of scores as sources of music (graphical scores, video, text, etc.). In the field of musical theatre U: has worked several times together with one of the internationally most renowned conceptual dance theatre artists in Estonia – Mart Kangro. In 2009 ensemble U: released album U: consisting of selected works by Estonian composers. International presentation of the CD took place as a virtual concert in Estonian Virtual Embassy in Second Life. In September 2009 Ensemble U: was honoured with Music Award of Estonian Cultural Endowment. 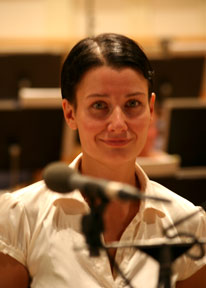 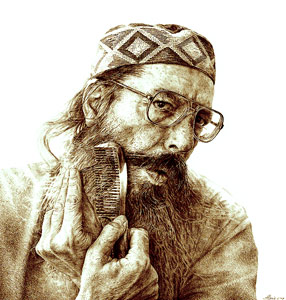 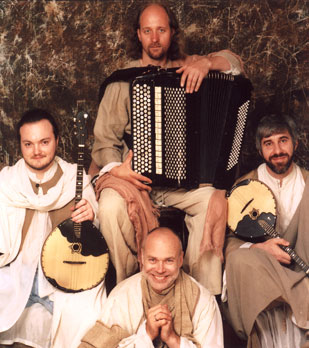 Terem Quartet was formed by four students of the St Petersburg Conservatory in 1986. A ‘terem’ is an old traditional Russian wooden house with tower, which brings together totally different kinds of people and different musical trends. From their first appearances Terem Quartet overthrew the Soviet era stereotype of folk music. The band could not be classified into any of existing music categories or genres. Their music has always been created as a collaborative effort. They followed the traditions of the Skomorokh ensemble style of performance of Ancient Russia. Sources confirm that folk instrumental music-making in Ancient Russia was mostly collective, unlike the Western and Oriental tradition. That is, music was always invented and performed through a collective process.
Terem’s musicians have felt and developed the most essential phenomena of the closing of the 20th cent: the idea of style diversity, dialogue thinking, and synthesis of different musical trends within one style. In each case, their versions of music, be it European classics or traditional melodies, are always provocative and unexpected for the audience. One of the first performances of Terem took place at an All-Union competition in Moscow 1986 where they were met by ovations from the audience but were left unnoticed by the Jury. Today this original ensemble playing on Russian traditional folk instruments is known almost all over the world. The quartet have performed in the Queen Elizabeth Hall and at St John’s Smith Square of London, in the Olympia Hall of Paris, in Frankfurt Alte Opera, Berlin Passion Kirche and the Kremlin of Moscow. They have taken part in numerous international festivals like Edinburgh Festival, The Stars of White Nights in St Petersburg, The Autumn of Prague, Pori Jazz, Moscow Film Festival and many others in Japan, Finland, Australia, Spain, Italy, New Zealand, Singapore, the USA and South Africa. The quartet has recorded 6 CDs. Their repertoire includes more than 100 different works from classical as well as popular music, Russian folklore and jazz which all have been arranged by the ensemble themselves.