Ivari Ilja is one of the most exceptional and memorable talents among Estonian pianists. Besides being a brilliant soloist, he is highly appreciated as an ensemble partner and a teacher.
Ilja graduated from Tallinn Music High School, he continued his studies at Tallinn State Conservatory with Prof Laine Mets. In 1984, he graduated from Moscow Conservatory in the class of Prof Vera Gornostayeva and in 1986, as a post-graduate student of Prof Sergey Dorensky.
Already during his university years, Ilja took part in piano competitions and was awarded many prizes: 2nd prize at the Contest of Estonian Pianists in 1980, 3rd prize at the Contest of Pianists in Minsk (1980), he received a Diploma for Artistic Merit at the Chopin International Piano Competition in Warsaw (1985) and won 4th prize and a Special Prize at the Vianna da Motta Competition in Lisbon (1987).
In 1978-1981, Ilja worked as a rehearsal pianist at the Estonian National Opera. After finishing his studies in Moscow in 1986, he started teaching piano at the Tallinn Conservatory (since 1999 a professor). Since 2000, Ilja has been the head of the piano department of Estonian Academy of Music and Theatre and since 2017, he is the rector of the academy. His best-known students are Sten Lassmann, Mihkel Poll, Antti Siirala, Mihkel Mattisen, Mihhail Gerts, Maksim Štšura.
Ivari Ilja has held recitals in Estonia, Russia, Sweden, Finland and performed as a soloist with several symphony orchestras such as Estonian National Symphony Orchestra, the Moscow Symphony Orchestra, the St Petersburg Symphony Orchestra, Nordic Symphony Orchestra…
Ivari Ilja is also a recognized ensemble musician. His collaboration with renowned singers mezzo-soprano Irina Arkhipova, baritone Dmitri Hvorostovsky… Together they have performed on several concert stages of the world, including La Scala in Milan, Queen Elizabeth Hall and Wigmore Hall in London, the Bolshoi Theatre of Moscow, the great halls of St Peterburg Philharmonic and Moscow Conservatory, Staatsoper Hamburg, Deutsche Oper Berlin, Suntory Hall of Tokyo, Alice Tully Hall of New York, the Kennedy Center of Washington, Musikverein of Vienna, Mozarteum of Salzburg. Since 2003, he has repeatedly toured with Dmitri Hvorostovsky in the US, the UK and elsewhere.
His repertoire mostly consists of romantic music, primarily of the works by Chopin, Brahms, Schumann, but also Mozart, Prokofiev, Britten… 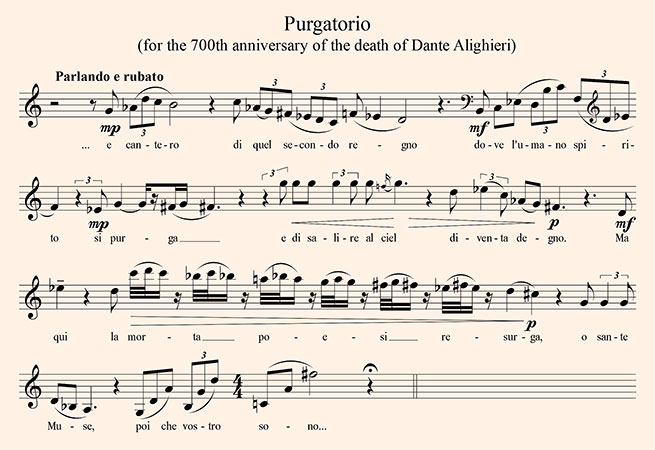 Special thanks: Prof. Daniele Monticelli – for consultations on Italian language and Dante Alighieri