In cooperation with the Italian Embassy in Tallinn 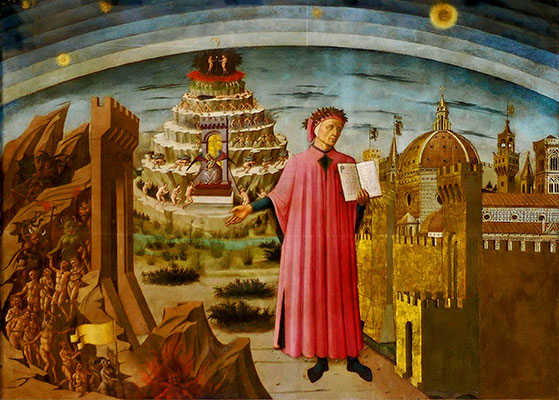 The symbol of Italian Renaissance, Alighieri Dante has left an undoubtedly priceless legacy for next generations, the brightest part of which is his immortal poem Divine Comedy. As the poem describes circles of the Inferno and the Paradise, so the people return to the Divine Comedy again and again, discovering new facets and possibilities of interpretation of this masterpiece. The concert Dante Nocturne, curated by the renowned Estonian actor, director and musician Marius Peterson, is looking for connections between the poem and music. The Divine Comedy itself contains both direct and indirect references to sound and music, the work could also be seen as a musical journey from the cacophonic noise of the Inferno and penitential psalmody of the Purgatorio to the polyphonic and joyful praising hymns of the Paradise. The concert program is one of the possible musical interpretations of the Divine Comedy – fragments from the poem read by acclaimed Estonian actors and intertwined by carefully selected and historically suitable musical pieces will create a new perspective for one of the most important texts in European culture.