The concert is named after the composition by Arnold Schönberg A Survivor from Warsaw Op 46, which is dedicated to the victims of Holocaust. Written shortly after the World War II, in 1947, the cantata conveys the composer’s interpretation of tragic events of the Warsaw Ghetto Uprising. At the heart of the story is the powerful scene of Jewish victims singing the Schema Yisroel (the Jewish profession of faith) before their execution. Not being intent on historical veracity, Arnold Schönberg valued his composition and his own libretto more for its imaginative and memorial potentialities. According to him, A Survivor from Warsaw is a warning for all Jews, never to forget what has been done to them. A twelve-tone work was premiered in 1948 in the town of Albuquerque under the baton of Maestro Kurt Frederick who wrote to Schönberg about the audience’s reaction: „The performance was a tremendous success. The audience of over 1000 was shaken by the composition and applauded until we repeated the performance.“ 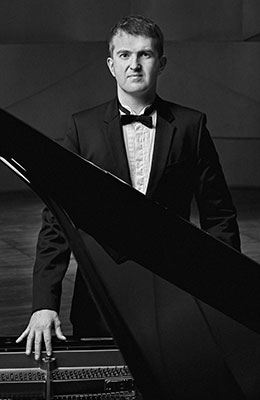 Mikk Üleoja graduated from the Estonian Academy of Music in 1997 as a choir conductor (Prof. Ants Üleoja) and completed his Master’s Degree in music at the same place in 2004 (supervised by Prof. Toomas Siitan). He has sang in the World Youth Choir (1989–1992), Estonian National Male Choir (1994–1996), Estonian Philharmonic Chamber Choir (1996–2000), and in the Gregorian ensemble Vox Clamantis (1998–2011). Mikk Üleoja has been the conductor of the St Michael’s Boys’ Choir, the chief conductor of the chamber choir Mattone and Kaarli Church Concert Choir, and taught conducting at the Viljandi Culture Academy of the University of Tartu. Since the 2011/2012 season, Mikk Üleoja is the chief conductor and artistic director of the Estonian National Male Choir.