It is music’s big secret that it demands our soul only, but wholly.
Hermann Hesse

During the festival’s first years in Tartu it could easily be said that Glasperlenspiel opened and closed the city’s summer season. So fragile and careful was the cultural life in Tartu those days that the only escape for its inhabitants was to find whichever other place to enjoy the hottest time of the year. Today, it can be said that Tartu is the hottest location in Estonian culture life and regardless of the season at that. It is ever harder to find a vacant week in Tartu’s calendar for domesticating yet another exciting festival. It still happens, though, as Tartu is a cool place and can accommodate most good ideas.
14 summers in Tartu – within those years the Glasperlenspiel has established itself as a phenomenon of special place and sound having its own aura and high expectations by the audience. It is a living proof that the festival enjoys great success both with the citizens and guests of Tartu alike.
The Glasperelenspiel has a unique face of its own among classical music festivals bringing up positive emotions from the earliest layers of music while initiating contacts and sourcing inspiration from any century or era, blending and intertwining it with our contemporary sounds and colours, literature and art – all that while demanding our soul only. And putting it all through a shaker the result can only be an exulted and spiritually enhanced audience. I have said before and will repeat here again that the Glasperlenspiel builds a kind of musical kingdom in Tartu which on the one hand hides away from the daily urban bustle between the church walls, but one the other hand opens up to the whole wide world and its grateful listeners. The world’s top musicians, orchestras and conductors find their way here and plenty are those that wish to be subjects of that musical kingdom.
Tartu is a city rich in culture: as City of Literature and the European Culture Capital 2024 it is proud to host top events of the world culture. With every passing year, contacts and friends from every corner of the Globe become more important for Tartu. On our path to the European Culture Capital it is encouraging to rely on the renowned festival with strong tradition and hope that the Glasperlenspiel sounds will enrich Tartu for many a year to come. It is my firm belief that during the year of Culture Capital, the Glasperlenspiel will extend into all corners of South Estonia in the the city’s framework of collaboration agreements.
Hereby, I am honored to congratulate Estonian Record Productions on their 20th anniversary and wish them good sounds and rich colours! Stay well and have a great festival in Tartu!

Art exhibitions : July 8th–31st St John’s church, Tartu
UNIVERSE OF THE MASTER
Paintings by Nicholas Roerich (reproductions) – in co-operation with the International Center of the Roerichs and Estonian Roerich Society

Nicholas Roerich was a great artist and phenomenal person, who also had significant ties with Estonia. His trips to Tallinn and Haapsalu, Estonian-themed landscape paintings, activities “around Estonia” (Izvara manor behind the Narva river, Petseri Monastery, Pskov oblast, Finland) are worth mentioning. I have also had luck to be indirectly connected to the creations and activities of this extraordinary person. I still remember my author’s concerts at the Roerich Museum in Moscow, but even more following on the tracks of Roerich’s Inner Asia expedition (1923–1928) in East Turkestan, Mongolia, India, Kashmir, Ladakh, Tibet, Altai, Siberia… traveling through Gobi and Taklamakan deserts, moving between the snow-capped peaks of Karakorum, the Himalayas, Tian-shan and Kunlun. The exhibition of reproductions of Nicholas Roerich’s paintings has been arranged in cooperation with the International Roerich Center, the N. K. Roerich Museum, the Estonian Roerich Society and the Glasperlenspiel. But why reproductions, why not originals? The confusion surrounding the paintings by Nicholas Roerich in Russia, as well as by his son Svyatoslav Roerich, is impossible to describe in the limited pages of this festival brochure. In short, in March 2017, about 60 employees of the Russian Interior Ministry’s investigative bodies, protected by armed soldiers, appeared on the territory of the Roerich Museum in Moscow, which operates on a social (not state) basis. This was so-called prelude to the abduction of works of art. A month later, more decisive action was taken, the OMON occupied the museum, all valuables were confiscated, including hundreds of paintings, archives, documents… The interior of the museum was vandalized. All this took place with the approval of the Russian Ministry of Culture. Although we have called this exhibition Universe of the Master, it could just as well have been titled In memoriam Roerich Museum.
Hereby I would like to express my gratitude to Jelena Alexandrova and Eduard Kramp for preparing the exhibition.
PV 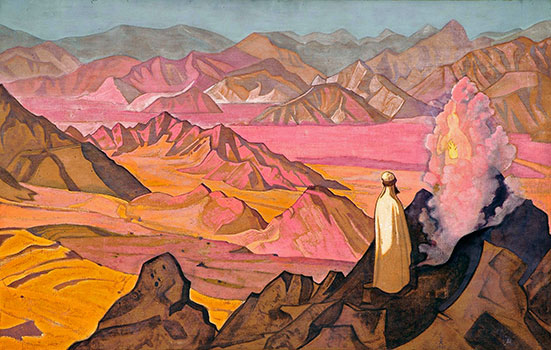 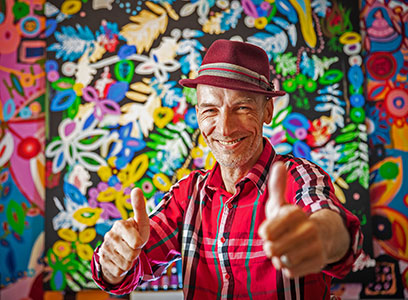 GLASS BEAD REMIX – live-paintings by Tarrvi Laamann
The exhibition’s 10 acrylic paintings measuring approximately 100 × 100 cm will be auctioned on July 13th, immediately after the last concert of the festival (around 8.45–9.30 pm).

Tarrvi Laamann (born 1973 in Tallinn) is an Estonian born artist mainly known for his works of graphics (Woodcut & Moku hanga), displaying a hippyish love for the world and desire for freedom. Laamann’s style is characterised by bold and heavy lines and an generous approach influenced by the reggae culture.

July 8th at 3 pm, Tartu Town Hall: the round table chaired by His Highness Karl von Habsburg on the topic Protection of Cultural Hertiage in Emergency Situation (by invitations only) 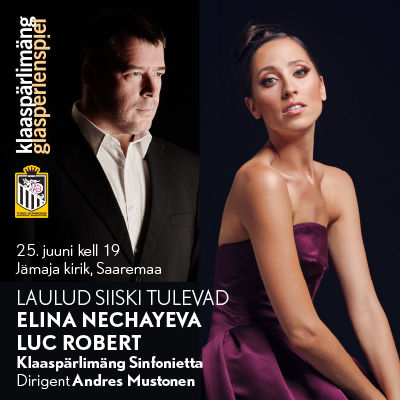