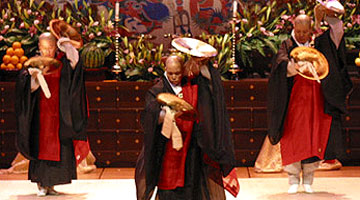 Led by Venerable Dong Hee, the Young San Group of Buddhist monks performs traditional pŏmp’ae (범패).  Derived from ancient Buddhist ceremonies that were nearly lost to history, pŏmp’ae, literally ‘sacred chanting’, is a Buddhist tradition of ritual chant that may be compared with Gregorian chant in the Western tradition of Christianity. It offers a rich milieu of complex vocal patters and pure, heavy tones intended to induce ruminative calm and facilitate spiritual growth. The Young San Group’s singing will be accompanied by traditional Korean drums, cymbals and gongs as well as ritualized dance pieces known as chakpop (작법). In the entire Buddhist world, the sounds of  pŏmp’ae and chakpop-dances of the Young San ceremony are unique to Korea and were nominated in 1973 for preservation as an Intangible Cultural Asset. 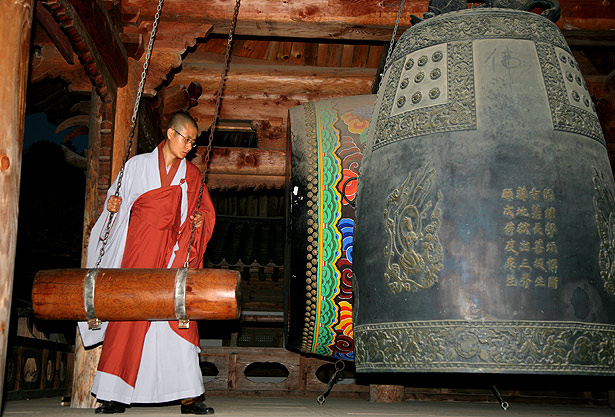 Here, the audience gets to follow a traditional Korean burial ritual. The life of the dead is retraced and the slumber is chased away with a game of flower cards. After the life of the dead flashes back from the beginning of the end, the three-day funeral is over. Finally, people load the dead and his journey of life on a boat, a metaphor to life and death as an accident of nature and the natural circle of all things in heaven and earth. People, one by one, disappear to where everyone must go in the end.
Now Dance Company is putting a new source of energy behind the dance scene by advocating new modes of creative work using prototypical sources from traditional Korean dance. It possesses more than 50 programs ranging from traditional to contemporary dance. 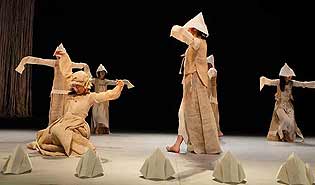 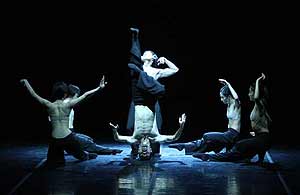 In Rose, the audience gets to experience a new interpretation of the world famous ballet The Rite of Spring. In choreographer Ahn Sungsoo’s version, the men want to be a part of the women’s ritual circle dance and this time appoint a male sacrifice to spring. The Sungsoo Ahn Pick-up Group was formed in 1991 and is acclaimed for its interpretations of famous ballets and works of music.