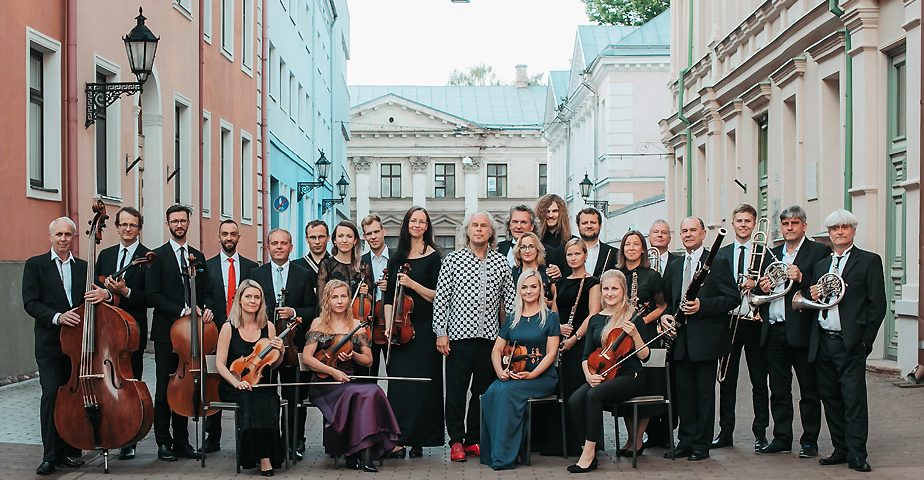 Composers that represent Russian, Latvian and Estonian music… Although we, Estonians, would rather define ourselves as Nordic people, the recent genetic studies have proved that in reality we have a stronger likeness to our Southern and Eastern neighbours. Will this similarity be exposed also in the music by the three Peters? In fact, the concert should be called Four Peters as prior to the musical performance an exhibition My name is Peter, Architect Peter by a Latvian architect/photographer/graphic artist Pēteris Venckovičs will be opened in the church. Three of the four Peters will honour the concert with their presence.

Neeme Punder is one of the most active early music players and researchers in Estonia. He has studied classical ﬂute at the Tallinn Conservatory and baroque ﬂute in the Netherlands and Germany. For many years, Punder was the leading soloist of early music consort Hortus Musicus, playing recorders, bamboo ﬂutes and other ancient woodwinds. He has collaborated with Alexei Lubimov, Gidon Kremer, Tatyana Grindenko, Paul Hillier, Tõnu Kaljuste and other prominent artists. Neeme Punder has been the artistic director of Viljandi Early Music Festival and initiated the festival Flutish Kingdom. He has taught at the Estonian Academy of Music and Theatre, Viljandi Culture Academy and worked as a concert producer at Eesti Kontsert.

Yosuke Oda is an energetic and intense taiko player who always pushes himself to the maximum on the stage and passionately discovers new possibilities of taiko drums. Growing up in a difficult area of Japan in less favourable conditions, Oda’s musical career began in 1999 when thanks to his teacher he entered the world-famous Kodō apprenticeship program. Oda, fascinated by the art of taiko, moved to Kodō’s home island Sado and spent several years there in the community and taiko school. The talented young man was nicknamed Wild Beast and became a full-ﬂedged long-term member of the group (2003–2017).
Currently he works as a solo artist and composer, giving concerts and workshops all over the world and encouraging others to play with all their heart and soul.

Glasperlenspiel Sinfonietta (concertmaster Arvo Leibur) was born within the festival in 2008. The repertoire of the collective spans from Bach to Pärt and Piazzolla, from classical masterpieces to cross-over projects. Sinfonietta has performed in the most famous concert venues of the world and given concerts almost everywhere in Europe, South America, Russia, Iran and other countries. The orchestra has also participated in numerous international and domestic music festivals. The Sinfonietta members, led by the artistic director and chief conductor Andres Mustonen, share a common belief that centuries’ old music still lives and breathes today, bringing joy and pleasure to the audience, and can invigorate souls and minds regardless of style.