Ancient Hellenistic music, Tournai mass and Carmina Burana (not the cantata by Carl Orff, but the original Medieval songs that have been the source of the cantata).

The clear distinction and separation of sacred and secular music can be seen as the pursuit of an inaccessible ideal by the medieval church. However, in a practical daily life, the relationship of the spiritual and profane spheres was much more complex and closely intertwined – one influenced the other and vice versa. The borders between the sacred and secular music blurred during the High and Late Middle Ages, when the development of polyphony led to the formation of motets with different texts. In addition to the main voice (cantus firmus) singing Latin sacred text, upper voices were added that could at the same time perform non-religious verses in other languages. Thus a secular motet was born that often had a Gregorian chant in one voice. This somewhat hidden dialogue between the polar worldviews is well illustrated by the selection of the works on the given recording. Significant examples of European musical and literary heritage – Tournai Mass, the oldest surviving polyphonic mass cycle, and the collection of liberal non-religious poetry Carmina Burana – seem to be mutually exclusive, but through the contemporary fresh look these two, at the first sight incompatible, worlds meet. The sacred and the profane, the past and the present come together, creating a new composition in itself that gives canonical works a completely different dimension and meaning.
The documents from the 11th–14th centuries cover geographically different regions of Europe. The manuscript of the Tournai Mass, dated 1325–1330, is from France and is preserved in the oldest Belgium city Tournai in the library of Notre Dame cathedral, where it was firstly discovered and described in 1869 by French musicologist Edmond de Coussemaker. Carmina Burana, the most important source of medieval secular Latin poetry, was also found only at the beginning of the 19th century in the Benedictine monastery in Benediktbeuern after which the manuscript was named („Songs of Beuern“). The collection of 254 texts can be called pan-European: according to historians, the songs originate in France, England, Germany, Spain and Scotland. 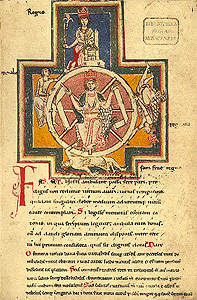 In the case of both works, the collective creation and anonymity can be seen which are characteristics of medieval music in general. The manuscript of the six-part Tournai Mass which is probably intended to be performed as a whole, contains different mass cycle parts from several unknown authors. Kyrie, Sanctus and Agnus Dei are older and more unique than others as their music has not been preserved in any other historical source. The last part Ite missa est appears in different sources, is the vivid example of the mixing of sacred and secular music. The motet’s lower voice (cantus firmus) sings the text of the mass in long notes, the middle voice (duplum) is a Latin moralizing poem, warning the rich against forgetting the poor, and the upper voice (triplum) performs a love song in the local Tournai dialect.
Carmina Burana is most probably the joint creative act of students and clergy. The collection contains moralizing poems as well as drinking, mocking, joking and love songs with sometimes satirical and in many ways quite filthy content. Some of them have been preserved with melody. Carmina Burana has inspired many artists. The most famous musical setting is made by German composer Carl Orff – most of the people associate the title Carmina Burana with his cantata composed in 1936.
The parts of the Mass and Carmina Burana songs are alternated in this programme. Hortus Musicus as the collective is convinced that music is beyond any conventional borders of time or genres. It is a universal language that remains equally understandable to man, whether through music the contact with the divine is sought or the enjoyment of worldly pleasures is expressed. 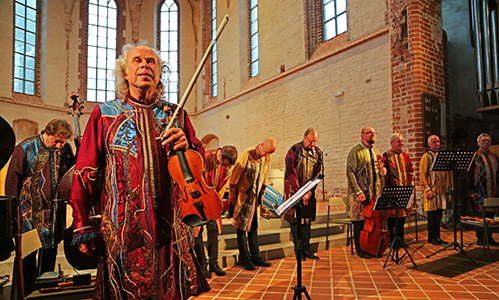 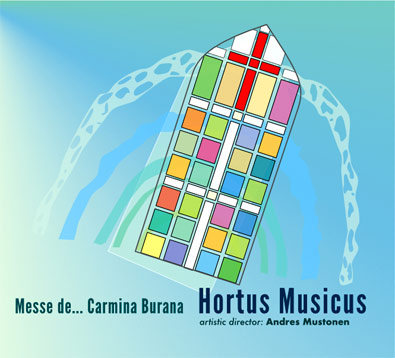 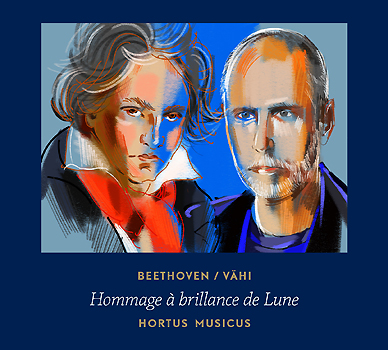